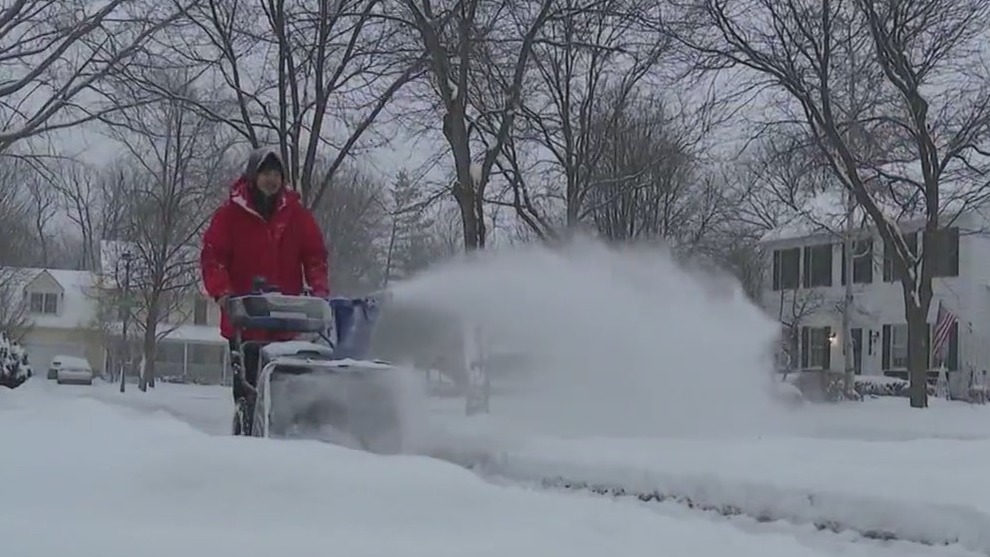 On Saturday, Northern Lake and McHenry Counties got hit the worst, with 4 to 8 inches falling.  The winter storm warning was in effect all day into the night – meaning extra work for some like the Montejo family in Gurnee, who went the extra mile to clear the sidewalks in the neighborhood. Roseanne Tellez reports.

A McHenry man was sentenced to 10 years in prison for reproducing and possessing child pornography, the Illinois Attorney General announced Thursday.

With many families not seeing relief from the baby formula shortage, one McHenry based company is kicking off a new effort to help support nursing mothers.

When officers arrived to the residence, they discovered the detached garage on the property was on fire. During a preliminary investigation, officers learned that two of the property's residents, a 44-year-old woman and a 51-year-old man, were involved in a physical altercation.

Peggy Lynn Johnson met Linda La Roche, who was a nurse, at a hospital. La Roche invited Johnson to be the family's housekeeper and nanny, then abused her for years and killed her.

Four people were arrested and a large quantity of drugs including weed, mushrooms and cocaine were seized during a Feb. 9 bust in McHenry.

Some Chicago-area schools will not be requiring masks on Monday, after a judge issued a temporary restraining order.

Chicago Public Schools (CPS) will still require masks, but lots of suburban districts including Crystal Lake, Elgin, Harvard, Lombard, McHenry and others said that masks will be optional after a judge issued a temporary restraining order against this COVID-19 rule.

Following the first measurable snowfall of the season Tuesday afternoon, cleanup efforts were underway in Chicago and the suburbs well into the evening.

Cook and McHenry counties are offering a new program to remove lead paint from homes.

A McHenry County man is frustrated after his business was ticketed for flying American flags.

A 29-year-old Jiffy Lube employee died after being struck by a car leaving a service bay.

The driver of a beige 2004 Jeep Liberty, a 91-year-old woman, accelerated when exiting a vehicle service bay and struck the 29-year-old employee, police said.

An animal rescue group in suburban Chicago says they have saved more than 30 cats from a hoarder home in unincorporated McHenry County.

Jennifer McMullan was convicted of first-degree murder and attempted armed robbery under the "theory of accountability," which means a person can be found guilty of acts committed by others.

The 14-year-old “intentionally lit an object on fire which quickly spread out of control,” destroying the building, police said.