The crash happened around 1:45 a.m. on southeast Interstate 90 (the Dan Ryan Expressway) in the Rolling Meadows area. 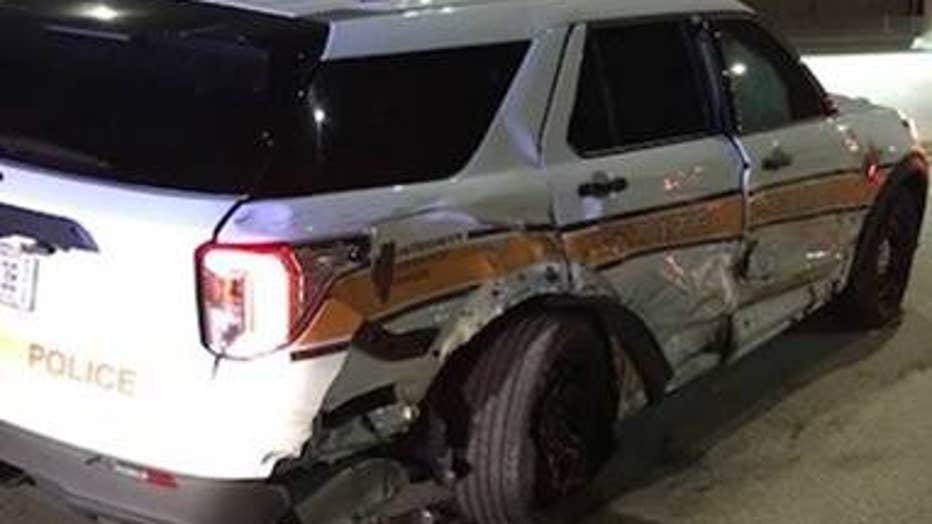 Police said that a trooper was parked alongside the interstate with his emergency lights on, checking out an abandoned stolen car left on the shoulder.

A gray Honda driven by Martin A. Estanez Landa, 26, of Elgin, rear-ended the squad car, which then smashed into the stolen car, Illinois State Police said.

The trooper was not injured.  Landa and his passenger were hospitalized with non-life threatening injuries.

Landa is charged with aggravated DUI, reckless driving, driving without a license and violating Scott's Law, which requires drivers to slow down and move over when approaching an emergency vehicle.

Ironically, the crash happened on National Move Over Day. Illinois State Police said that so far this year, people have smashed into troopers' squad cars 20 times and 12 troopers have been injured.

Illinois Gov. J.B. Pritzker signed into law Thursday an expansion on the enforcement of Scott's Law, which requires drivers to move over for emergency vehicles.