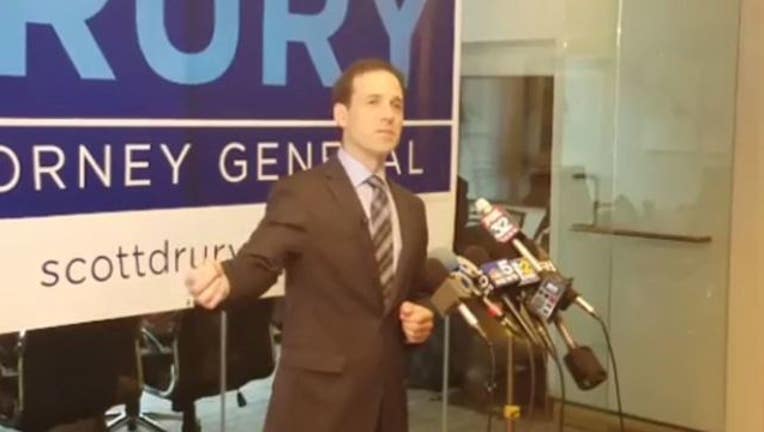 The former federal prosecutor from Highwood said Tuesday Illinois needs an attorney general who's "fiercely independent." He says he'd step up the office's focus on fraud and corruption.

Drury was the only Democrat not to vote in favor of House Speaker Michael Madigan's election to a 17th term as speaker. Madigan, who is Lisa Madigan's father, also serves as the Democratic Party of Illinois chairman.

The Republican candidate is Erika Harold, a lawyer and former Miss America from Urbana.