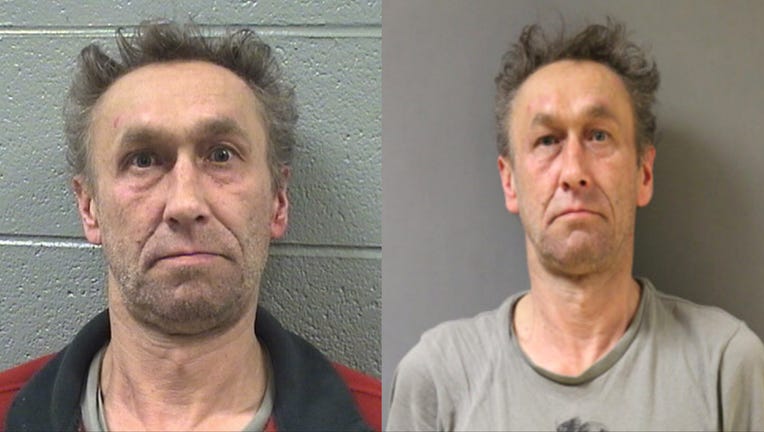 NILES, Ill. - A 52-year-old Niles man allegedly charged at police officers during a DUI arrest and coughed on them while yelling, “Now you have the corona!” police said.

Grzegorz T. Kuprowski faces a felony count each of driving under the influence and battery of an officer, according to a statement from Niles police Sgt. Tony Scipione.

Someone called 911 to complain that the vehicle had been running for a long time in the 8300 block of North Milwaukee Avenue while a man exited multiple times to urinate, he said.

About 12:20 a.m. March 14, officers found Kuprowski in a running Honda CRV with a half-naked, intoxicated woman lying on the floor near the passenger seat, Scipione said.

Officers called for an ambulance to take the woman to a hospital, Scipione said.

During a DUI test, Kuprowski became upset with the officers and started coughing on them, saying “get away” and that he had “corona bacteria,” Scipione said.

He laid on the ground saying he was tired and weak, Scipione said.

Officers arrested him and took him to Resurrection Medical Center.

In addition to the felony charges, Kuprowski faces a misdemeanor count each of DUI, driving on a revoked license, parking on the wrong side of the road, having a broken passenger side window, possession of a revoked license and a citation for illegal transportation of alcohol, Scipione said.

Kuprowski was released from custody after posting 10% of a $50,000 bail, according to court records.

At the time of his arrest, Kuprowski was wanted on a warrant for violating the terms of bail for a 2019 charge resisting an officer.

He is due back in court in Skokie April 4.