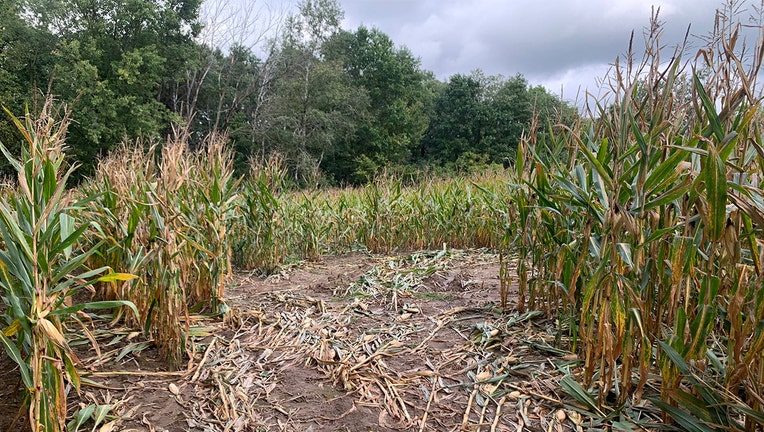 Four people were found shot to death inside an SUV that had drive into a cornfield in rural Dunn County.

TOWN OF SHERIDAN, Wis. (FOX 9) - The Ramsey County Medical Examiner has confirmed the four people who were found dead in an SUV in western Wisconsin Sunday afternoon were shot.

A homicide investigation is underway after 4 Minnesotans were found dead in an abandoned SUV in Dunn County, Wisconsin.

According to the sheriff’s office, at about 2:18 p.m., dispatch received a 911 call reporting a death in Town of Sheridan. The victims were reportedly found in an abandoned black SUV that was driven into a cornfield off a rural road.

The Dunn County Sheriff said investigators believe the shootings did not happen in the cornfield, but rather the car was driven there with the bodies inside and abandoned. He believes the suspect who drove the car then got into another vehicle and drove away and is out of the area. Detectives are now doing everything they can to track down that vehicle.

Damone Presley, Sr. is heartbroken over the loss of his daughter, Nitosha. She was also a sister and mother of two young children. A GoFundMe has been started for her family.

Officials are investigating after 4 Minnesotans were found dead of gunshot wounds in an abandoned SUV in western Wisconsin.

"She’s a beautiful young lady. Yea, so I’m still not really understanding that someone would do this," said Presley.

The deaths remain under investigation. Authorities do not believe there is a danger to the public.

The Town of Sheridan is located about 30 minutes north of Menomonie.