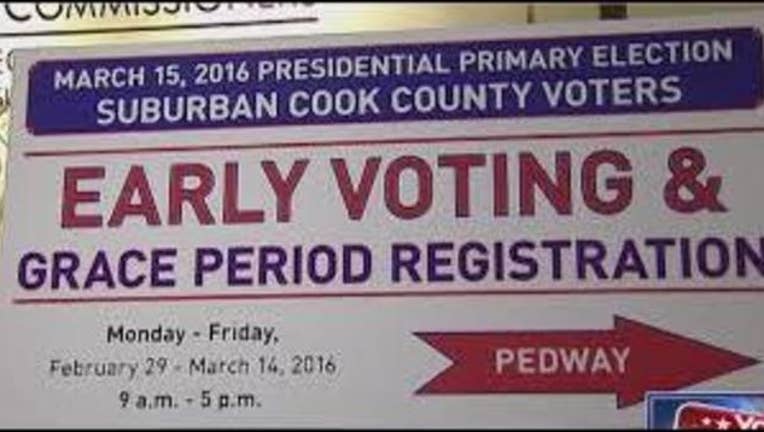 COOK COUNTY (FOX 32 NEWS) - Interest in the presidential primary is red hot, and Cook County voters are already going to the polls in record numbers.

The Cook County Clerk's office said that as of Thursday, March 10, 69,686 people had cast early votes. (You can see the updated numbers by clicking here.)

Early voting started on February 29 and will run through Monday, March 14, which is the day before the primary.