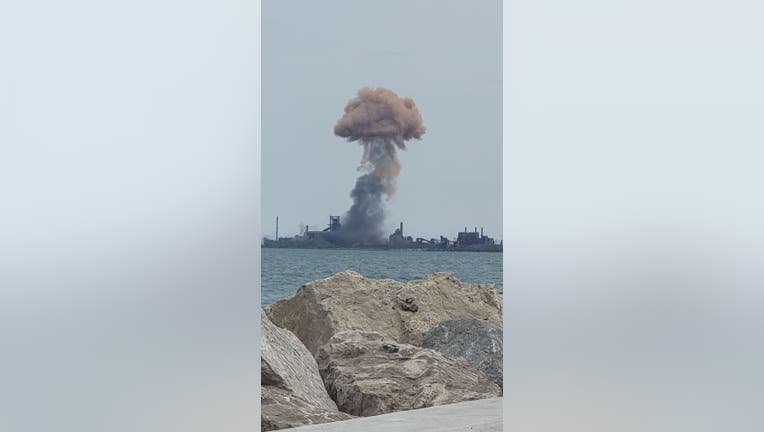 EAST CHICAGO, Indiana - No one was hurt in a slag pit explosion in northwestern Indiana that created clouds of smoke visible from East Chicago and Whiting.

The (Northwest Indiana) Times reports that the blast at Lafarge North America in East Chicago Sunday afternoon was at a contractor's facility at a mill that turns slag into cement.

The explosion was in the raw materials section of the mill along Lake Michigan. Several small fires at the mill had to be extinguished.

The newspaper reports that slag is a highly volatile byproduct of steelmaking prone to exploding when mixed with water. Persico said recent rain caused the explosion.