Officials surveying the Chemtool fire in Rockton impact on residents

The Health Department wants to hear from people impacted by the Chemtool fire on June 13 in Rockton to conduct a survey.

But the Illinois Environmental Protection Agency noted that the substances were not found in the municipal water system for the Village of Rockton. Its water was tested June 21.

Testing of private wells near the site will begin soon.

The metals discovered include antimony, cadmium, chromium and nickel. Some metals are essential nutrients, while others can cause health problems. 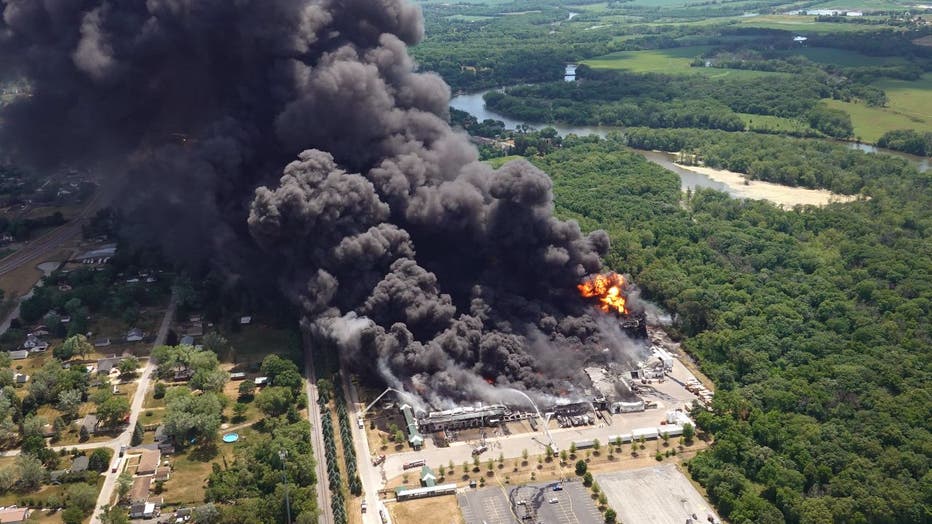 Smoke billows from an industrial fire at Chemtool Inc. on June 14, 2021 in Rockton, Illinois. The chemical fire at the plant, which produces lubricants, grease products and other industrial fluids, prompted local evacuations. (Scott Olson/Getty Images)

The results came from wells that check groundwater on the site of the former Beloit Corp. Toxic waste investigations at the former manufacturer of paper-making products have been underway since 1992. 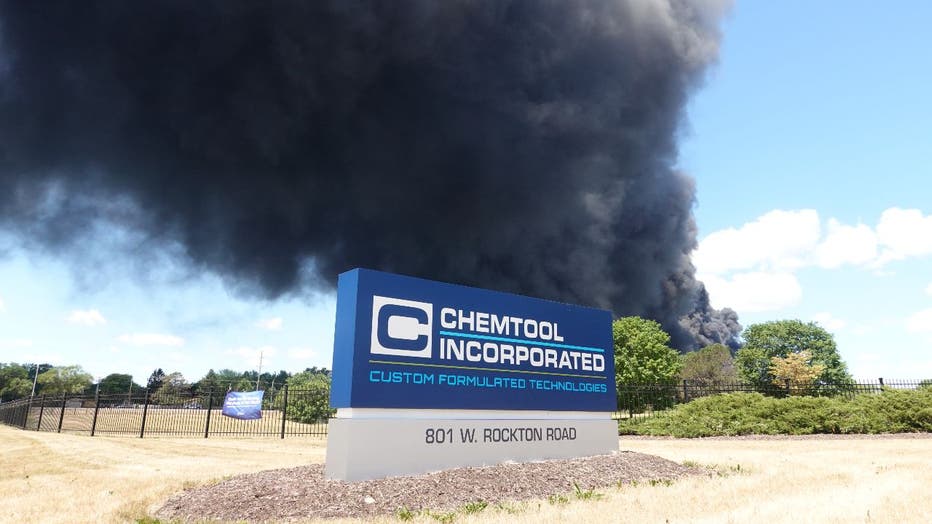 An industrial fire burns at Chemtool Inc. on June 14, 2021 in Rockton, Illinois. The chemical fire at the plant, which produces lubricants, grease products and other fluids, has prompted local evacuations. (Scott Olson/Getty Images)

Metals were not previously a concern on the Beloit Corp. property. State officials are investigating their source.

Officials say that until testing is completed, those with private wells living in the Blackhawk neighborhood adjacent to Chemtool should use bottled water for drinking and cooking.

The Illinois Department of Public Health will provide interpretation of private-well test results when available directly to affected residents.