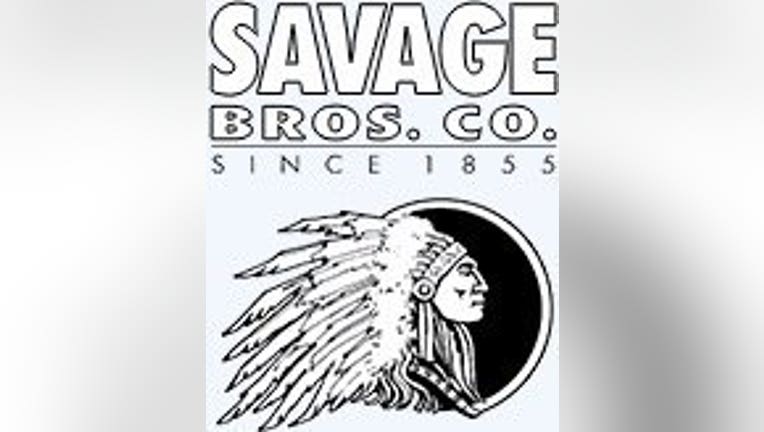 ELK GROVE VILLAGE, Ill. - A candy machine maker based in Elk Grove Village has voted to retire its logo after an online petition calling for the company to do so garnered over a thousand signatures, according to the petition’s creator.

Savage Bros. Co., which manufacturers candy production machines and was named after one of the company’s founders, has used a sketch of an Indigenous person in a headdress as its logo since the 1800s, according to the petition.

John Low, one of the creators of the petition and a citizen of the Pokagon Band of Potawatomi, said he has been pressuring the company to remove its logo for nearly a decade, saying the use of the American Indian’s head to convey a “savage” is “insensitive, racist, and embarrassing.”

His petition gained momentum this fall, as groups across the country pushed to remove Native American mascots from corporations, universities and sports teams.

Earlier this month, Low said Savage Bros. Co. President Bob Parmley told him the company had voted to retire the logo during their October Board of Directors meeting.

In an email Wednesday, Parmley wrote that the company’s shareholders voted to retire the logo at their annual meeting Oct. 17 after having discussed the issue informally in the past.

“The decision truly was NOT influenced by the public social media petitions for change,” Parmley wrote. “Our only concern was how the industry we serve may view our company. While we only had one person within our industry choose to contact us on this issue, the consensus of our ownership was that it is in the best long term interests of our company to make a respectful change.”

Low said he was warned that the change would not be immediate, as the company must first find a replacement, but hopes they stick to their word.

Parmley said the company was still working to create a new logo “that can represent the 165 year legacy of our company” and hopes to announce it within a few weeks.