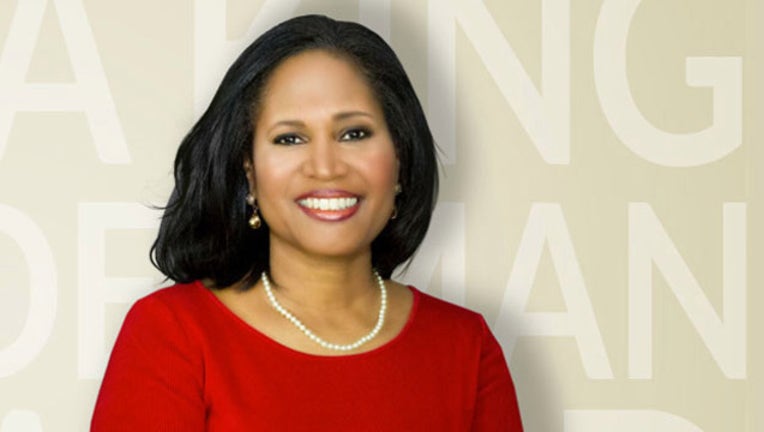 CHICAGO (Sun-Times Media WIre) - Mayor Rahm Emanuel has appointed a “longtime community advocate” to replace his staunchest African-American ally, Ald. Will Burns (4th), who stepped down earlier this year, the Sun-Times is reporting.

“For almost 30 years, Sophia King has not just lived in the 4th Ward, she has worked to improve the quality of life for everyone who lives there,” Mayor Emanuel said in an emailed statement. “She has led initiatives to increase education, recreation, employment and safety, as well as quality affordable housing. She will be a tireless advocate for her constituents as she serves on City Council.”
King was expected to appear before the City Council’s Rules Committee, then face a confirmation vote in front of the full City Council on Wednesday, according to the mayor’s office.

King is the founder and president of Harriet’s Daughters, a nonprofit group of professional women that helps find jobs for African-Americans, among other things. King is also a community advocate and volunteer, the mayor’s office said. King was president of the Kenwood Park Advisory Council from 2008 to 2015.

“I’m ready to roll up my sleeves and get to work. I believe the only solutions we are missing are the ones we won’t work on together,” King said in a statement. “I look forward to collaborating with all people who want to make a positive difference in the city that I love, and to continue to position the 4th Ward as an example of transparent, innovative and community focused work that lifts all residents. I appreciate the confidence of Mayor Rahm Emanuel and his willingness to engage a new voice.”

Burns — who helped the mayor improve his South Side ground game on the way to capturing nearly 58 percent of the black vote in the April 7, 2015, runoff — resigned his seat earlier this year, accepting a job with Airbnb.