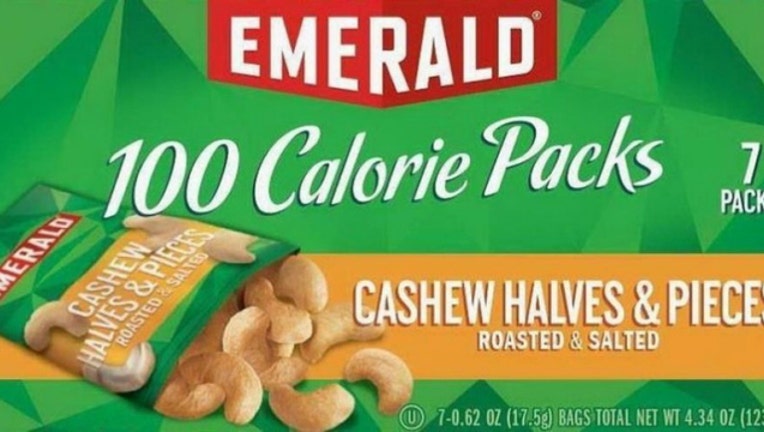 FOX News - Emerald has issued a nationwide recall of its 100 Calorie Pack Roasted & Slated Cashew Halves & Pieces because there may be small glass pieces in the packages.

The Charlotte, North Carolina-based company believes the sources of the glass are raw cashews received from one of their suppliers, according to a news release.

The voluntary recall is limited to the following production codes, which can be found on the carton or inner package, next to the nutrition facts panel.

As of Tuesday morning, no injuries had been reported, and the company said the recall was issued “out of an abundance of caution."