It has been 10 days since Chicago police were fired on in what has been described as a traffic stop gone wrong..

CHICAGO - It was an emotional vigil Tuesday night for two Chicago police officers shot during a traffic stop in West Englewood — one killed and one critically wounded.

Yanez was shot in the eye, brain and shoulder — and could be paralyzed.

A Chicago police commander shared his thoughts on French at the vigil in North Lawndale.

"There are very few officers that I meet a long the way that are very enthusiastic, really want to work hard, do the best they can for the community. And most of all, be there for their fellow officers. Ella French was one of them," he said.

It has been 10 days since Chicago police were fired on in what has been described as a traffic stop gone wrong. Officer Yanez has a wife and a 3-year-old son that are grateful he is still alive.

The road to recovery will not be easy. That is why the family established a GoFundMe that has raised over $144,000.

Fellow officers, the Chicago Fire Department and the community came out to the vigil to show support for the men and women in blue.

A public visitation for officer French will be held on Wednesday from 3 p.m. to 9 p.m. at the saint Rita of Cascia Shrine Chapel on 77th and South Western Avenue. 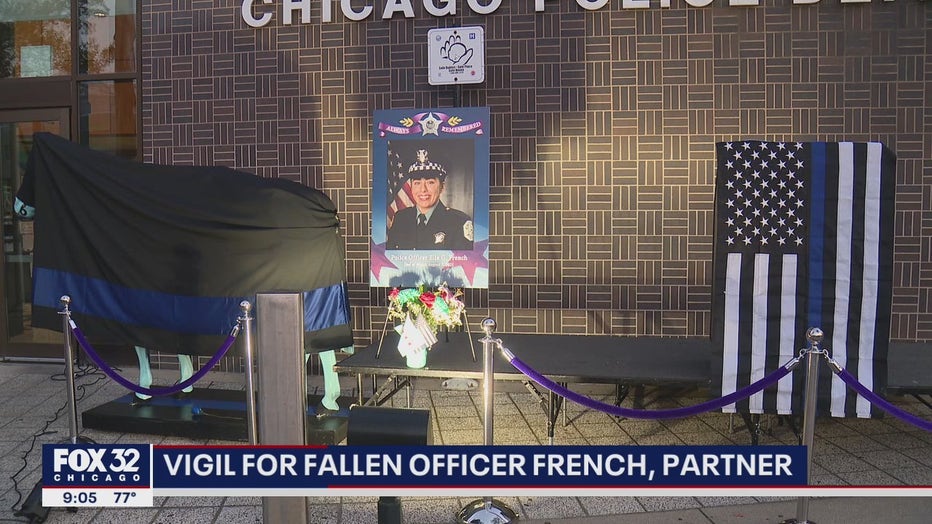