CHICAGO - Patrick Daley Thompson’s lawyers are seeking a new trial or acquittal for the former City Council member — despite a jury’s verdict last month — in part by alleging that prosecutors made inappropriate arguments at the close of Thompson’s federal tax trial.

The request to U.S. District Judge Franklin Valderrama is not unexpected, though it had not been due until later this month. A jury found Thompson guilty of cheating on his taxes and lying to regulators. Its verdict cost Thompson his seat on the City Council.

He could also face prison time at his sentencing, which is set for July 6.

Many of the arguments in a 27-page motion Thompson’s lawyers sought permission to file Tuesday echoed arguments made during his trial. But it also said Thompson deserved a new trial after prosecutors alleged during closing arguments that Thompson "saw an opportunity to lie, to deceive, to pay less than what he owed" and "came up with a plan" to trick the Federal Deposit Insurance Corp.

Thompson’s lawyers wrote that prosecutors "littered" their argument "with innuendos about a supposed ‘plan’ that simply had no evidentiary or factual basis."

They also argued that prosecutors improperly sought to tie Thompson’s position as a City Council member to the charges against him.

Prosecutors are scheduled to file a response to the motion by April 20. 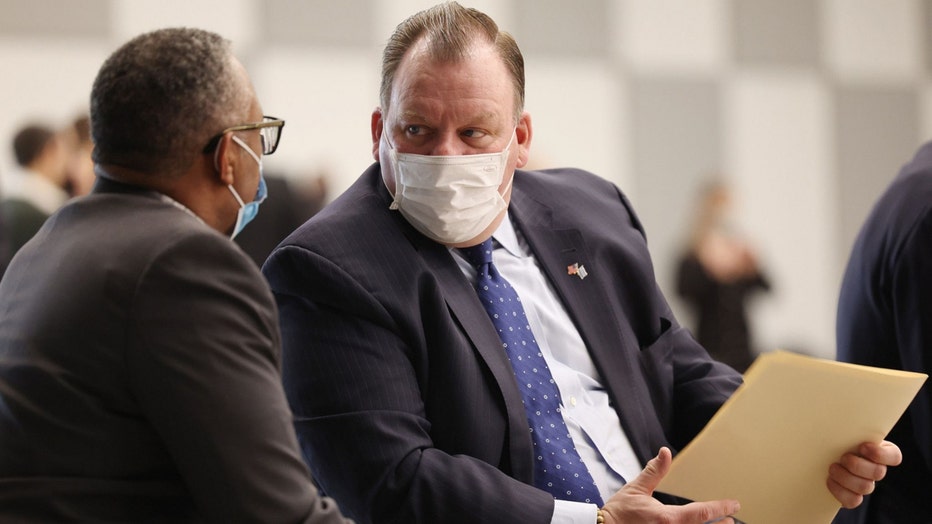 The case against Thompson revolved around $219,000 he received from Washington Federal Bank for Savings in Bridgeport, which was shut down in December 2017 amid allegations of massive fraud, days after its president was found dead in a bank customer’s $1 million home.

Fourteen people have been charged in a multimillion-dollar embezzlement scheme at the bank. Its late president, John F. Gembara, has also been implicated.

Thompson falsely claimed mortgage-interest deductions for interest purportedly paid to Washington Federal on his tax returns for the years 2013 through 2017. Thompson also lied in early 2018 to a Planet Home Lending customer-service representative and two FDIC contractors about how much he borrowed.

Thompson wound up settling the debt with the FDIC for a payment of the principal amount borrowed, $219,000, in December 2018, records show. He also filed amended tax returns and attempted to pay the taxes he owed, but the returns and payments for 2013, 2014 and 2015 were rejected for being too old, an IRS agent testified.