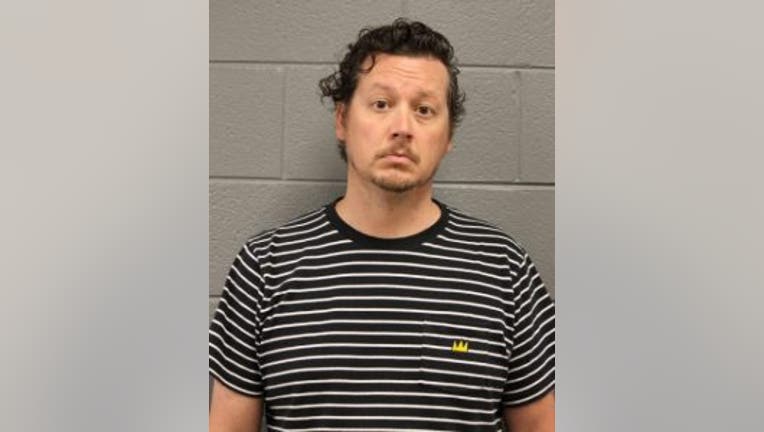 CHICAGO - A former Chicago Public Schools teacher who was also well known in the city’s theater community admitted Thursday to having a sexual relationship with an underage student and was sentenced to probation.

Joel Ewing, 42, was initially charged with sexual assault, but took a deal with prosecutors to plead guilty to a count of aggravated battery in a public place.

Cook County prosecutors said in court that the victim, now a woman in her mid-20s, accepted the agreement and prosecutors’ recommendation that Ewing be sentenced to probation and lose his teaching certification.

That Ewing would "never be able to teach again" was the most important thing to the victim, a courtroom advocate told the judge.

The woman read from a prepared victim impact statement in which she accused Ewing of lying to her, her school community and the theater community, said he had taken advantage of her age and body and shown he could not be trusted around children in a classroom setting.

"The fact is I will live with the consequences of his actions for the rest of my life," she said.

Ewing’s defense attorney, Jonathan Brayman, told the judge that Ewing had been "cast out" of the city’s theater community after the allegations surfaced and was "racked with guilt and deeply remorseful for making this error in judgment."

Ewing has since taken a job in sales, working for a company in Florida, his attorney said. He had also sought individual and couple’s counseling with his wife and taken an assessment that showed he was at low risk of ever committing a sexual offense in the future, the attorney said, noting that no other allegations against Ewing have been made.

Ewing spoke in a quiet voice during the hearing, barely audible in the courtroom’s gallery, but apologized to the woman after turning and searching for her with his eyes and said he hoped the court proceedings had brought her some closure.

Judge Steven Watkins sentenced Ewing to two years of probation and 30 hours of community service, but noted to Ewing that he would not have given that sentence without the victim’s OK.

The charge Ewing pleaded guilty to carries a possible prison term of 2-5 years, and Watkins noted it was rare for prosecutors to amend a sex charge to battery and recommend probation.

The judge warned Ewing that if he failed to comply with "a scintilla" of his probation requirements, "in all likelihood you’re going to jail."

The incidents occurred in 2015, when the woman was a 17-year-old student at Senn High School in Edgewater, where Ewing was employed as a teacher and the school’s theater director.

At the time he was charged, Ewing was involved in the city’s celebrated Steppenwolf Theater, and had been recently named artistic director of LiveWire Chicago. Ewing was also working as the co-artistic director of the "youth-driven theatre company The Yard," according to a bio on the TimeLine Theater Company’s website.

The victim outcried to a friend and later a therapist, who filed a police report against Ewing, but honored the victim’s wish that it be anonymous and the incident wasn’t investigated, prosecutors said.

Later, the victim filed her own police report because she was concerned that Ewing was still working with students.

The state’s Department of Children and Family Service was notified in January 2018 of the allegations, but apparently never alerted CPS officials, the Sun-Times previously reported.

Case workers typically "immediately contact" the school as part of their investigation, request personnel files, inquire about any other complaints against the accused individual and interview other students, a spokesman for the agency said at the time and acknowledged it was unlikely the agency followed those steps this case.

At the time, DCFS said they would investigate what went wrong and potentially refer the matter to the agency’s inspector general’s office. On Thursday, a spokesman did not respond to questions from a reporter about the findings of the investigation.

CPS officials said they weren’t notified of the allegations against Ewing until July 2019 and he was removed from his position.

But more than a month later, Senn Principal Mary Beck sent a note to parents stating Ewing left "to pursue a new opportunity" and said it was "bittersweet" he was leaving and said they were "excited" for for him as he embarked on a new endeavor.

The day after Ewing was formally charged, a CPS spokesman said the letter "was inappropriate to have characterized Mr. Ewing’s departure in such terms while an investigation was ongoing into the serious allegations against him."