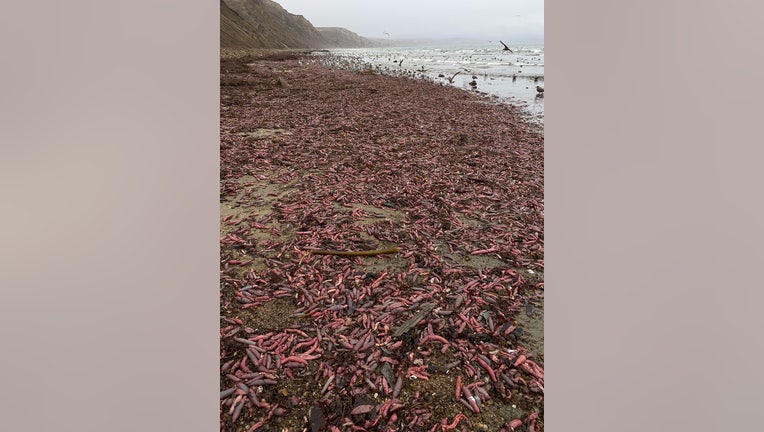 The Bay Nature website reported this week that the fat worms, also known as penis fish, were strewn about the beach last Friday.

Scientifically known as Urechis caupo, the 10-inch long, pink worms look like wiggly sausages and are widely referred to as fat innkeeper worms.

The Monterey Bay Aquarium says they got the name because they maintain lodgings for their buddies in the mud. Food, shelter and running water pumped by the innkeeper worm attracts pea crabs, scale worms and others.

“Some, like the arrow goby, check in and out quickly; others, like pea crabs and scale worms, take up permanent residency. The innkeeper isn't bothered by these guests, but doesn't benefit, either,’’ according to the aquarium. 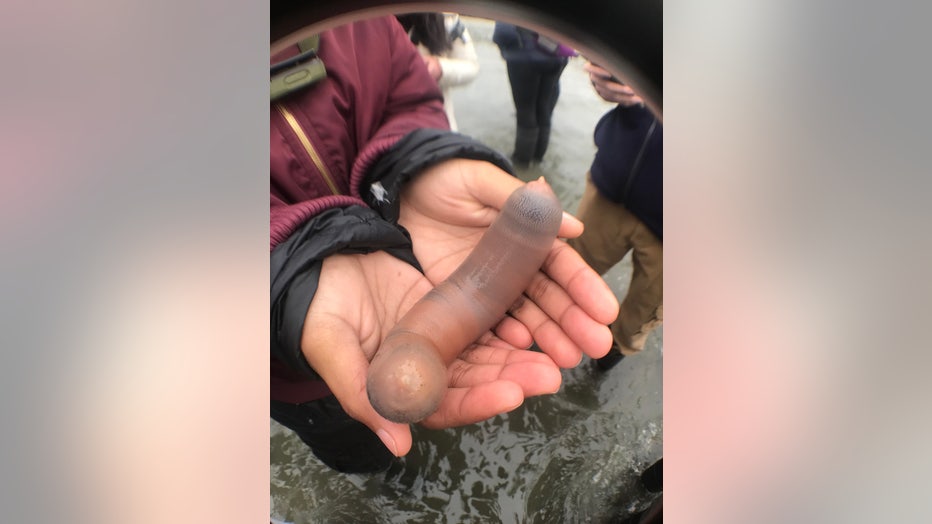 The weird- looking worms are most commonly seen in Northern California and have been reported over the years at Pajaro Dunes, Moss Landing, Bodega Bay, and Princeton Harbor.

In some Asian countries, such as Korea and China, they are eaten raw or stir-fried.

Otters and sharks, gulls and others prey on the worms. 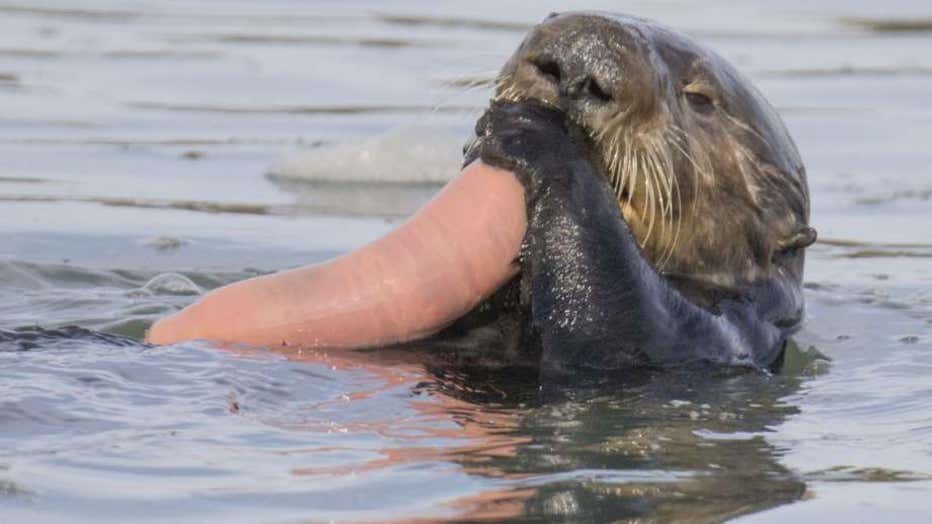 They are unique looking for sure, but the worms don’t usually make headlines.

But thanks to biologist Ivan Parr, who wrote the story for Bay Nature, the fat innkeeper worm is getting a taste of fame, and name that brings about a bit of a blush and even some giggles.

“This is why we prefer scientific names,’’ Parr wrote in the story.

But SFGATE didn’t prefer the scientific name in its' Thursday headline: “Thousands of 'penis fish' washed up on a Point Reyes beach. Yes, really.”

The story and  the close-up Getty Images picture of a sea otter eating a fat innkeeper worm in a California slough quickly rose to the centerpiece on the news organization’s website.

“You may have never heard of a fat innkeeper worm, also commonly known as a penis fish, but from this moment on, you'll never be able to unsee them,’’ wrote Alix Martichoux, an SFGATE digital editor, in her own story about the worm.

Maybe that’s true, but really there is much to learn and many giggles to be had, about the fat innkeeper, er, penis fish.