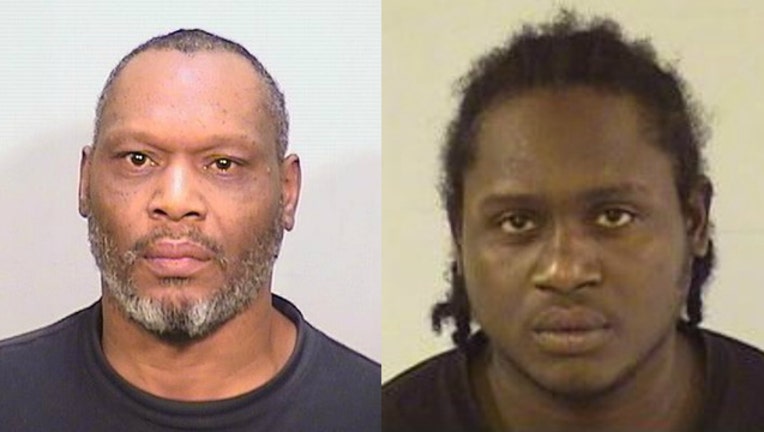 Jayrell D. Gaines, 25, had an active $200,000 arrest warrant for possession of a controlled substance, from Waukegan police, according to the Lake County sheriff’s office. He also had a no-bond Illinois Department of Corrections parole violation warrant for weapons-related offenses.

His father, 48-year-old Julius D. Gaines, had an active $250,000.00 arrest warrant for armed violence, manufacturing/delivery of cocaine, felon in possession of a firearm, and possession of a controlled substance, police said.

Both men had avoided arrest since the summer of 2016, prosecutors said. Members of the sheriff’s Warrants Team and U.S. Marshals Service-Great Lakes Regional Fugitive Task Force developed information indicating they were staying at a motel in the 600 block of North Green Bay Road.

Julius Gaines, who has no permanent address, was found at the motel on Thursday and arrested without incident, police said. He was transported to the Lake County Jail, where he currently remains. He is due back in court March 3.

On Friday, Jayrell Gaines, of the 2100 block of Lorraine Avenue in Waukegan, was found inside a home in the 1900 block of Elizabeth Avenue, police said. He was arrested in possession of over 10 grams of crack cocaine.

His next court date is also Marc. 3, prosecutors said.