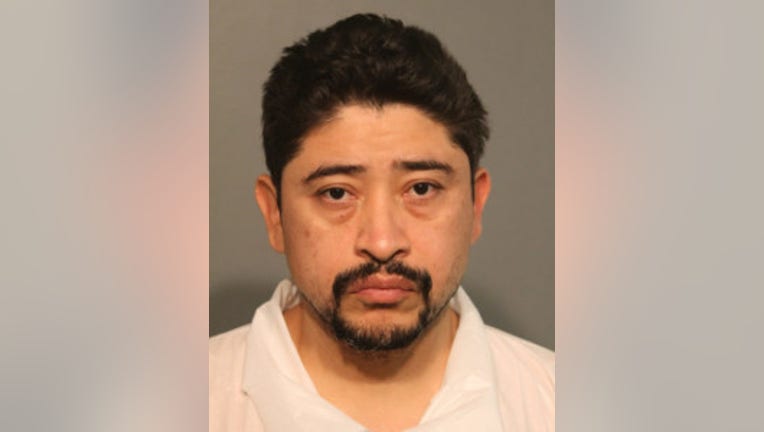 CHICAGO - A father confronted his 21-year-old son and stabbed him to death in the bathroom of his Lake View home because “he could not deal with” his son’s drug use, prosecutors say.

The father hugged his son after stabbing him in the neck Friday, and laid him on the floor before calling his ex-wife and then authorities to confess to the murder, Cook County prosecutors said in a bond proffer read in court Sunday.

He told investigators he feared his son would harm his family at some point, prosecutors said.

Adan Granados, 44, was ordered held on a $50,000 bail by Judge David Navarro on a count of first-degree murder in the killing of his son, Jesus Granados-Villasana, according to the Cook County state’s attorney’s office. The Cook County medical examiner’s office identified him as Jesus Granados.

Prosecutors said the son and his girlfriend moved in with the father three weeks prior to the murder.

As Jesus Granados-Villasana sat on the toilet, his father entered and stabbed him once in the neck, prosecutors said.

He hugged his son and laid him on the floor before calling his ex-wife, and then 911 to say he stabbed his son, prosecutors said. Police said he was pronounced dead at the scene.

Adan Granados reenacted the bathroom scene for detectives on video, and admitted he stabbed him “because he could not death with his meth use, the tension between them, and he thought at some point [Jesus Granados-Villasana] may harm [Adan Granados’] family,” prosecutors said.

Granados is scheduled to appear in court Monday afternoon for another hearing.