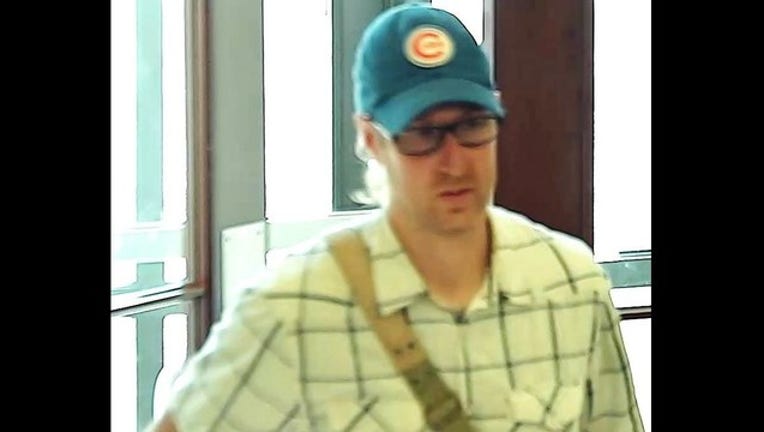 A surveillance photo shows a man who robbed a BMO Harris bank branch in September 2017 in South Barrington. | FBI

CHICAGO (Sun-Times Media Wire) - The FBI is offering a $1,000 reward for information leading to the arrest of a bank robber who has struck three northwest suburban branches in less than a month.

The robber is described as a 6-foot tall man, thought to be in his mid 30s, with facial acne, unkempt hair, patchy facial hair, a light complexion and a thin build, the FBI said.

Anyone with information about the suspect should call the FBI’s Chicago Field Office at (312) 421-6700. A reward of up to $1,000 is being offered for information that leads directly to his arrest.