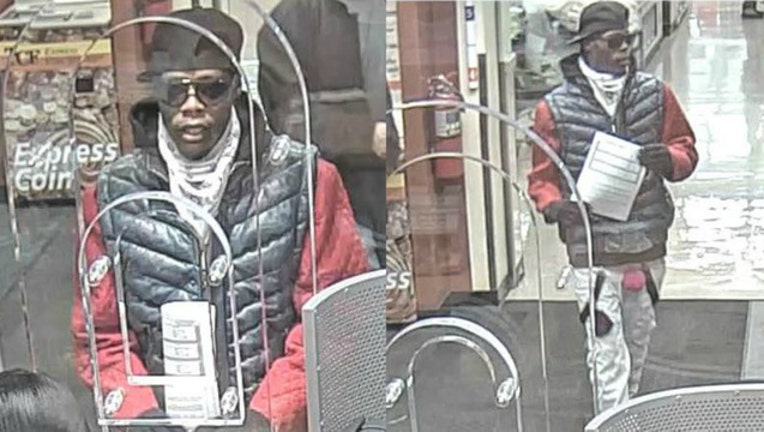 Surveillance images of the suspect in an attempted bank robbery in Chicago Heights. | FBI

SUN-TIMES MEDIA WIRE - Almost 50 more banks were robbed in the Chicago area in 2016 than in the previous year, according to the FBI.

Croon said there is no definitive reason for the increase, though reasons could be determined as more robbers are arrested and interviewed.

An arrest has been made in just under 50 percent of 2016’s bank robberies, according to the FBI’s bank robbery database.

The most popular day for bank robberies is Friday. The FBI’s Chicago office believes robbers strike before the weekend so they can have cash to fuel addictions, such as drugs, alcohol or gambling.