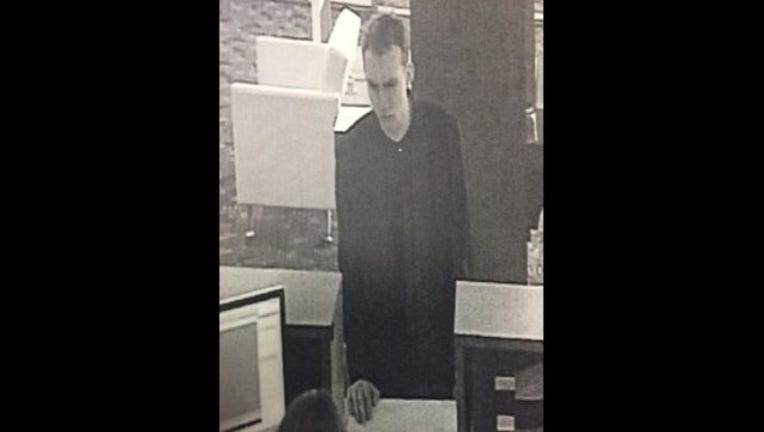 EVANSTON (Sun-Times Media Wire) A tall man walked into a U.S. Bank in Evanston on Friday and walked out with $3,000 that did not belong to him.

The robber is described as a blond white man in his 20s, between 6-foot-1 and 6-foot-4, weighing 165 pounds and wearing a long-sleeved sweater, blue jeans, and gym shoes, the FBI said.

He walked west out of the bank on the south side of Howard and was last seen behind the strip mall across the street, the FBI said. A black blazer that the robber may have been wearing was found in an alley in the 7500 block of North Western in Chicago, police said.