WESTMONT, Ill. - The FBI is searching for a man who robbed a bank Wednesday in suburban Westmont.

Shortly after noon, the suspect walked into the BankFinancial located at 6301 Fairview Avenue and demanded money.

No weapon was shown or threatened, according to the FBI.

The man was described as a white male, standing about 5-foot-9 or 5-foot-10. He had short hair, a medium build, and was wearing a dark baseball cap, dark jacket and light-colored medical facemask. 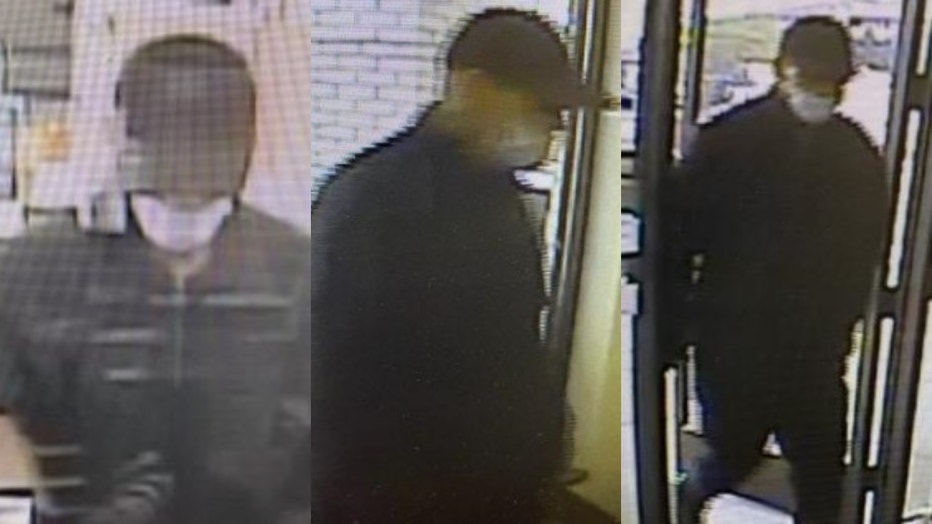 The suspect is still at large, the FBI said.