CHICAGO - The FBI field office in Chicago is seeking a man suspected of robbing multiple banks on the South and Southwest Sides since July.

The serial bank robber, dubbed the Bicycle Bandit for his use of a bicycle to flee, is wanted in connection with at least three robberies in Brighton Park, Bridgeport and Back of the Yards, according to an alert from the FBI.

The robberies each occurred in the mid-to-late afternoon: 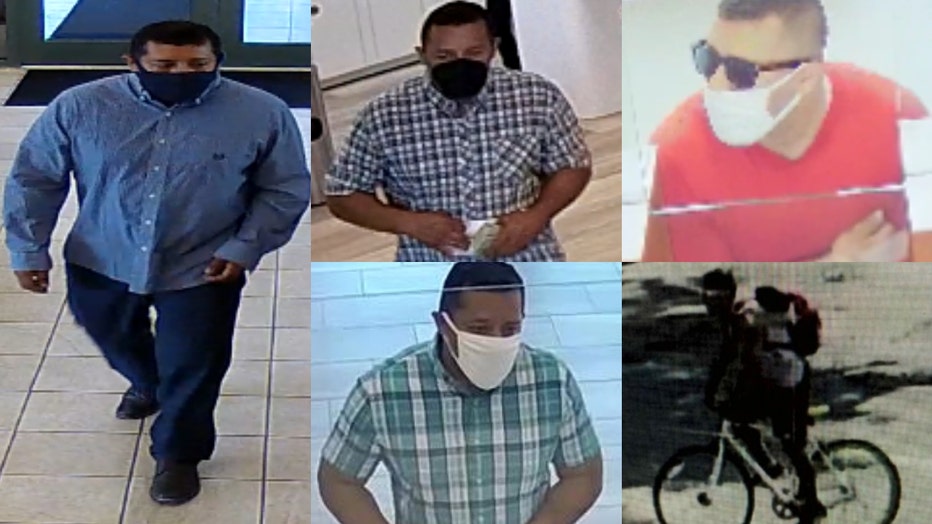 The man is also suspected of an attempted robbery about 2:45 p.m. on Aug. 2 at Byline Bank in the 1900 block of West 35th Street in McKinley Park, the FBI said.

The suspect is described as a Hispanic man with a medium build, between 30 and 40-years-old, standing about 5-foot-5 to 5-foot-9, with short, black hair, according to the FBI. He wore face masks during all of the heists, although his clothing varied.

The FBI said the man should be considered armed and dangerous.

A reward of up to $1,000 is being offered for information leading to his arrest and conviction, the FBI said.

Anyone with information is asked to call the FBI Chicago Field Office at 312-421-6700 or visit tips.fbi.gov.