A teacher and coach at Kelly High School got a very special and unique surprise Friday. 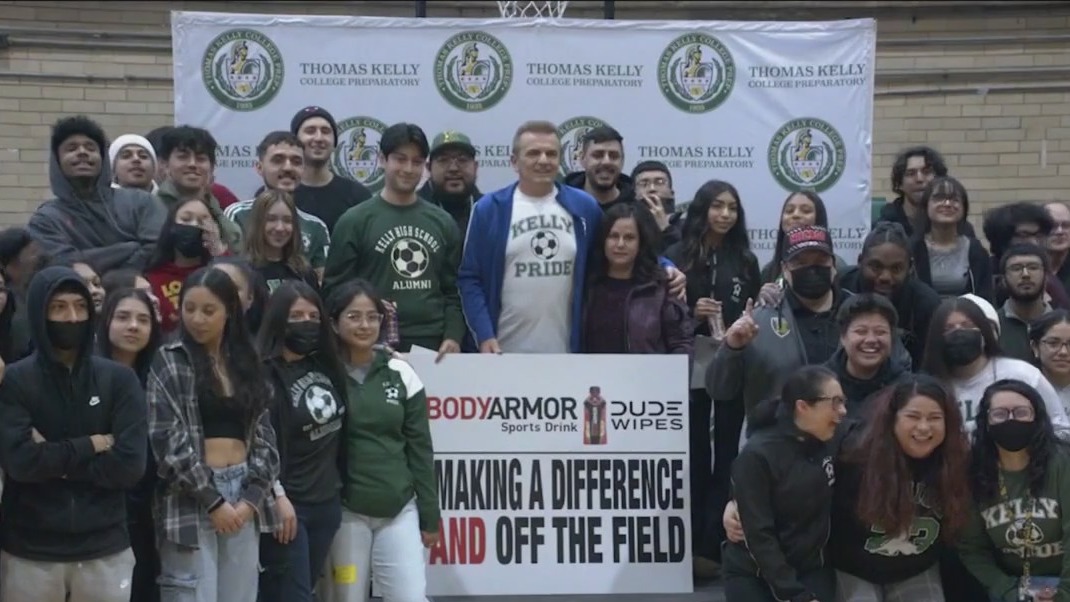 A teacher and coach at Kelly High School got a very special and unique surprise Friday.

Chicago police are asking for the public's help locating a missing 16-year-old girl.

A man was shot and wounded Wednesday evening in the Brighton Park neighborhood on Chicago's Southwest Side.

The criminals get the cars by targeting drivers who have left their cars running on the street or at gas stations. The cars are then used to commit armed robberies and more carjackings. The next victims are targeted while at ATMs at banks and drive-thrus.

A business in Brighton Park was vandalized and burglarized early Thursday morning.

Two 16-year-old boys have been charged in connection to an armed carjacking in Brighton Park last month.

Chicago police are warning residents about a group of suspects who are canvassing the city in a caravan of stolen vehicles and committing various crimes including armed robberies and carjackings.

A 38-year-old man drove himself to the hospital after being shot in Brighton Park Sunday morning.

A teen crashed his vehicle after he was shot in the left side of the body while driving in Brighton Park Wednesday.

A major fast-food chain is touring the U.S. in a holiday-themed food truck to spread joy this season.

Chicago police released a photo of the vehicle wanted in a fatal hit-and-run that occurred Wednesday morning.

A 71-year-old man was killed when he was hit by a car on Chicago's Southwest Side Wednesday morning.

Chicago police are looking for two Hispanic men in connection to four recent robberies in Brighton Park on Chicago's South Side.

Officers found a gun and a student was taken to a hospital for a mental evaluation.

A woman was shot while driving Monday night in the Brighton Park neighborhood on Chicago's Southwest Side.

A 14-year-old boy was shot in Chicago's Brighton Park neighborhood on Tuesday.

Two Chicago cops are in the hospital after their squad car hit an SUV near Brighton Park Sunday morning.