New York City Mayor Eric Adams and other officials announced that Timothy Klein, a 31-year-old FDNY firefighter was killed in a building collapse in Canarsie on April 24.

NEW YORK - One FDNY firefighter has died and several others were injured battling a three-alarm fire at a home in Canarsie, Brooklyn.

At a press conference on Sunday, Mayor Eric Adams and FDNY officials identified Timothy Klein, 31, of Ladder Company 170 as the firefighter who had died in the line of duty.

"It gives us great pain and sorrow to announce that New York City has lost one of its bravest," Adams said. "Timothy lost his life doing the job that we ask of him every day."

Klein was a six-year veteran of the FDNY. 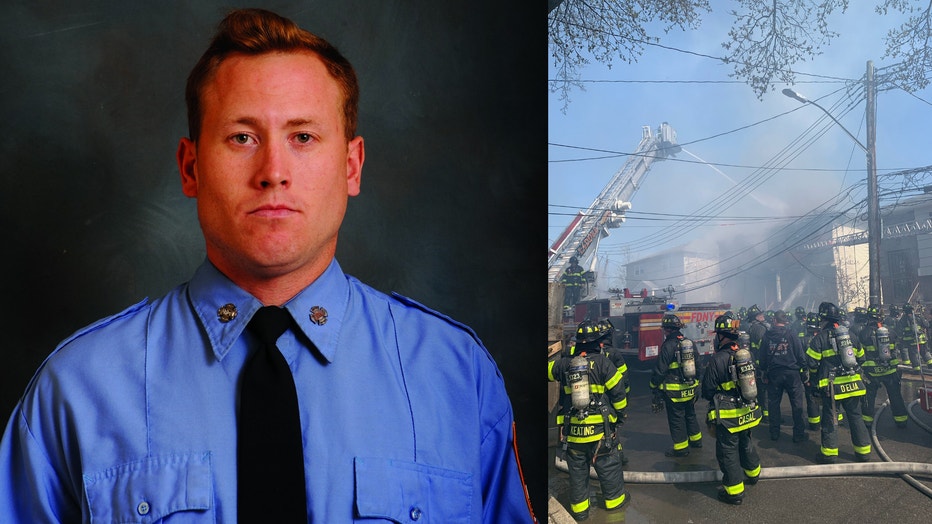 A photo of Timothy Klein, the 31-year-old FDNY firefighter killed in a building collapse in Canarsie on April 24. Credit: FDNY

According to officials, the FDNY responded to a reported house fire on Avenue N at around 1:30 p.m. on Sunday.

The fire was soon upgraded to a three-alarm fire, with 33 units and 106 members being utilized.

According to authorities, Klein had entered the building with a hose team to extinguish the fire when the building's ceiling partially collapsed, killing Klein.

Three other firefighters were trapped inside the building, but were able to make it out and were taken to a nearby hospital for treatment.

One civilian was treated at the scene but refused transportation to the hospital.

Operations at the scene remain ongoing.