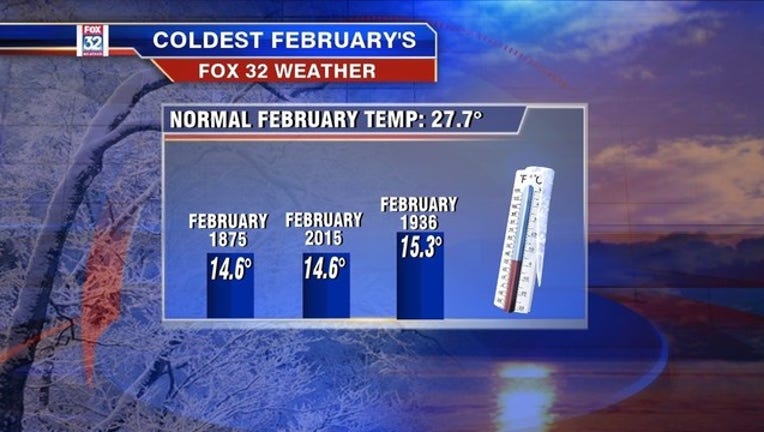 February of 2015 went down tied with February 1875 for coldest on record.

The average temperature for the month was 14.6 degrees.

February 1st recorded a daily snowfall record of 16.2 inches. The previous was held back in 1911 when 13.7 inches of snow fell. February 1st also goes down as the snowiest day on record in February.

It was the 3rd snowiest February on record with 26.8 inches. In fact, there was at least 1 inch or more of snow on the ground every day of the month. This has only happened 6 times on record in February.

There were 8 days of below 0 temperatures which is tied for 5th most.

The outlook for March does not good with the Climate Prediction Center forecasting a cooler than normal March.