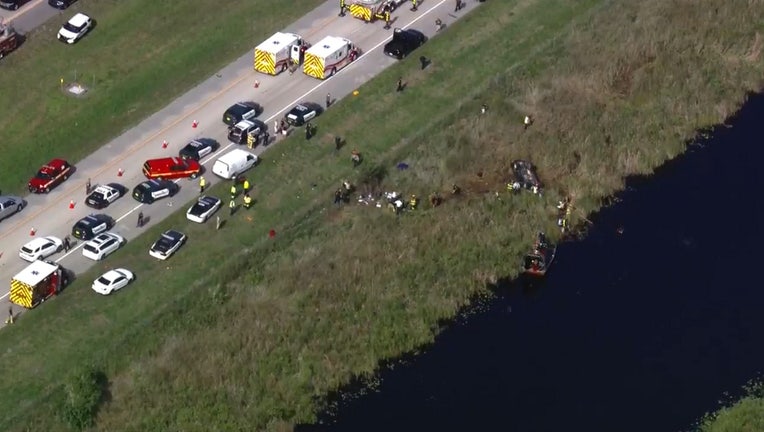 The Florida Highway Patrol says no one was wearing seatbelts in a rollover crash on South Florida's Alligator Alley that claimed the life of a baby boy, who was ejected from the vehicle.

Authorities said an unnamed family from Tampa was heading eastbound in a pickup truck that suffered a tire blowout while on Interstate 75 in Broward County Thursday afternoon.

The blowout caused the truck to roll several times, ultimately coming to rest upside down near a body of water along the side of the road.

The 56-year-old woman suffered serious injuries in the crash, FHP said, adding that no one in the truck was wearing a seatbelt or child safety restraint.

The infant was thrown from the vehicle, and dozens of police and rescue workers, including a dive team, helicopters and K-9 units, spent hours searching for the child. 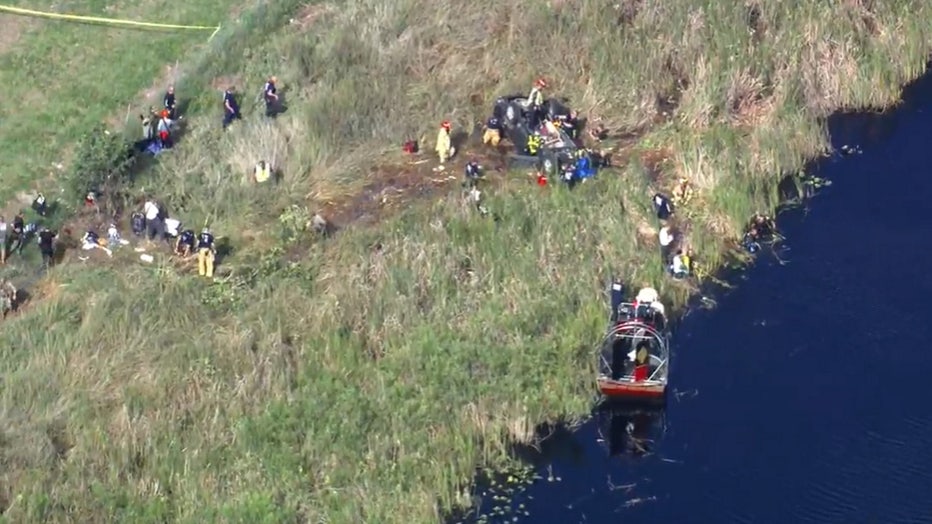 His body was found about four hours after the crash.

“He ended up being under the water in the canal,” FHP Trooper Yanko Reyes told WSVN.

Paramedics transported as least three people to the hospital. The family has not been identified by authorities.