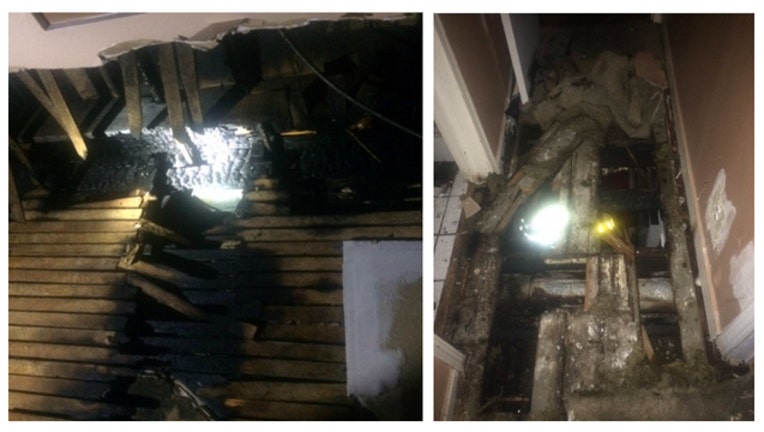 Emergency crews were called at 7:10 p.m. for reports of smoke in a bedroom at a house in the 500 block of Franklin Street, according to a statement from the Elgin Fire Department. Firefighters arrived to find smoke coming from second-story windows and found the fire in the floor of the second story.

The walls and floors had to be opened up in order for crews to attack the fire, and the blaze was extinguished quickly, fire officials said. The fire and the removal of walls and floors to attack it caused an estimated $40,000-$50,000 in structural damage to the building, but no injuries were reported.