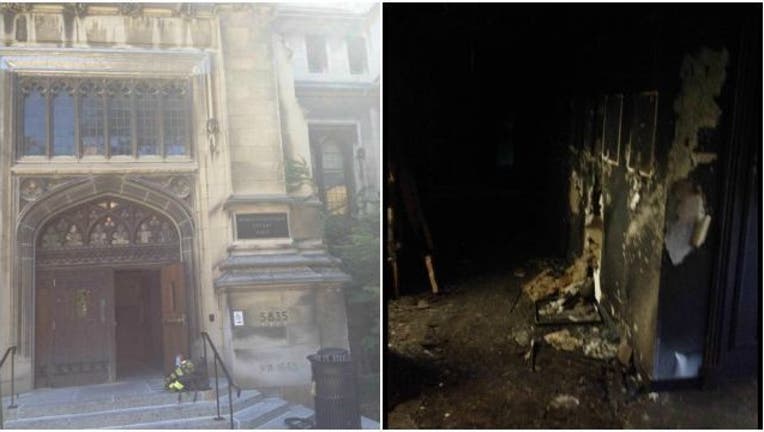 The University of Chicago's Stuart Hall was damaged in a fire Sunday morning. | Chicago Fire Media

The fire broke out on the second floor of Stuart Hall at 5835 S. Greenwood, according to Fire Media Affairs.

No one was hurt in the blaze, which left extensive damage to a classroom and office space, according to fire media.

Stuart Hall contains the University of Chicago’s philosophy office, according to the university’s website. A spokesman for the university did not immediately respond to a request for information.