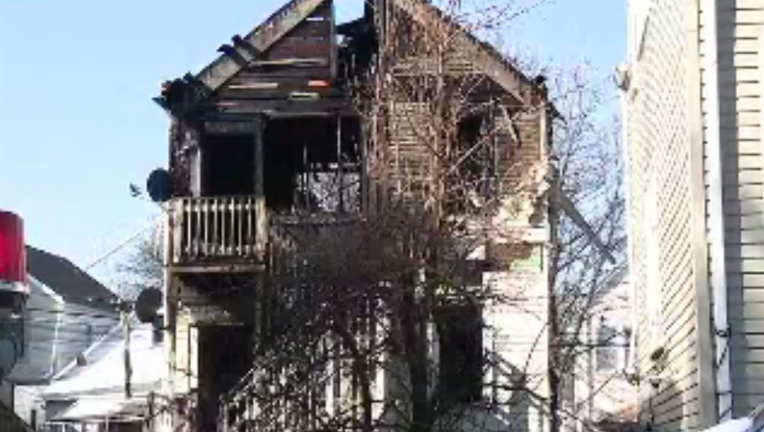 The fire blazed through the home, located at 4640 S. Wood Street.

CHICAGO - A fire blazed through a home in Chicago's Back of The Yards neighborhood Sunday, displacing four adult and three children, the Chicago Fire Department said.

According to Chicago fire officials, the flames began shortly after 8 a.m., in the 4600 block of South Wood Street.

A 2.5-story home was seen with heavy smoke coming from the second floor. Officials said fire hydrants in the area were frozen.

An immediate response for the building department was called, as the back porch of the home has been destroyed, and a wall is ready to collapse, CFD said. Part of the roof collapsed as well.

CTA was contacted to bring a warming bus for residents.

The fire was struck around 9:30 a.m., and no injuries were reported, fire officials said.