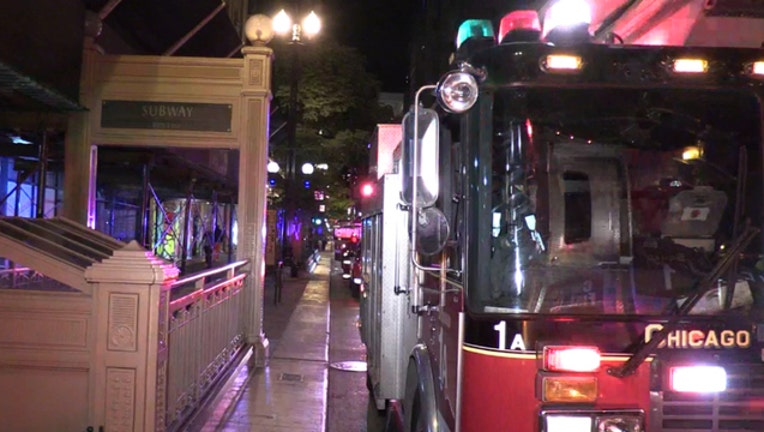 A person was fatally struck by a CTA Red Line train at the Jackson station in the Loop Tuesday night. | Network Video Productions

The 35-year-old woman was pinned under the train at the underground station and was dead at the scene, according to Fire Media Affairs. The Cook County medical examiner’s office could not immediately confirm the death.

Northbound Red Line trains were temporarily rerouted to the elevated tracks between Cermak and Fullerton as crews investigated, but normal service resumed shortly before 3 a.m. Wednesday, according to the CTA.