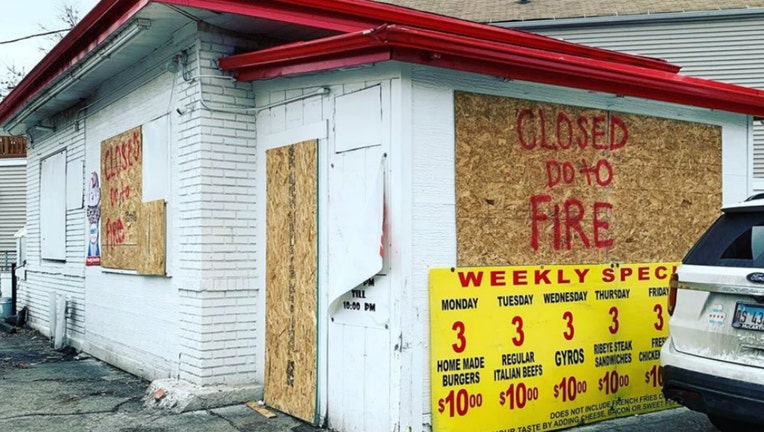 CHICAGO - The owners of a 24-hour burger joint in Bridgeport are “devastated and heartbroken” after an early morning fire ripped through Hamburger Heaven Express on Archer Avenue.

“We are very sad to report to our customers we had a fire and will remain closed until further notice,” the owners wrote on Facebook.

Firefighters responded to a fire at the restaurant at 5 a.m. Friday in the 3000 block of South Archer Avenue, Chicago police said. No one was injured, and an investigation found the fire was accidental.

“It was very hard to watch something me and my wife and family had worked … building 16 hours a day for the past 12 years burning in front of our very own eyes,” the owner wrote in a Facebook post.

The restaurant was closed at the time for Thanksgiving, and was due to open about the time the fire broke out.

“We are devastated and heartbroken,” the owners wrote. “We are lifelong Bridgeporters.”

The owners wrote they were leasing the location, and that they are unsure if they will be allowed to rebuild.

“The next few months will be difficult for us but we are hard workers and will find our way,” the owners wrote.

According to city records, the building was cited in March for exposed wiring.