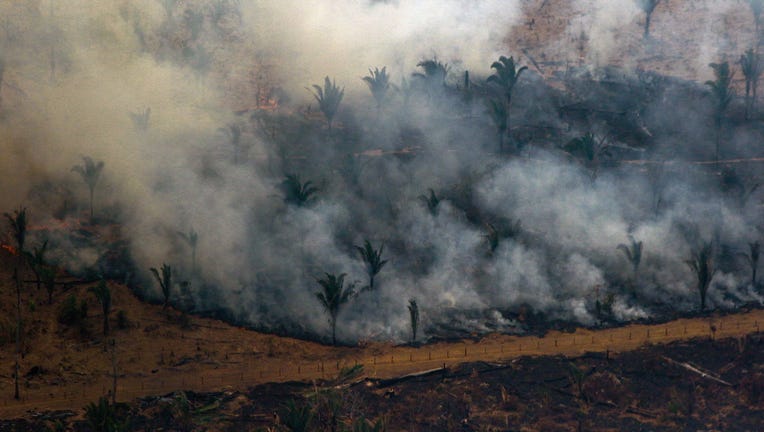 BRASILIA, Brazil - Fires in the Brazilian Amazon increased 28% in July from a year ago, according to a new report from a state agency reported.

The National Institute for Space Research said Saturday that it recorded 6,803 fires in the Amazon rainforest last month, compared to 5,318 in the same month of 2019.

Environmentalists expressed concern at the rise because August traditionally marks the beginning of the fire season in the region.

They fear Brazil could repeat the surge seen in fires last August, when 30,900 fires were recorded by the institute.

The sharp increase in fires comes amid domestic and international concern over President Jair Bolsonaro's calls to clear land in Brazil's Amazon to drive economic development.

AMAZON HAS LOST EQUIVALENT OF 10.3 MILLION FOOTBALL FIELDS TO DEFORESTATION OVER LAST DECADE