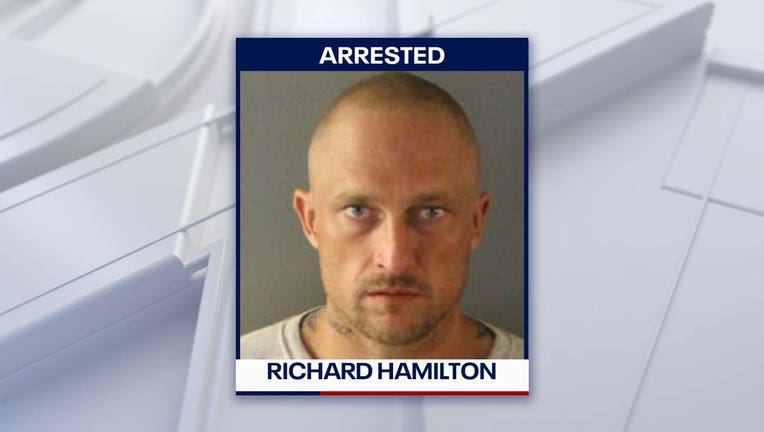 ENGLEWOOD, Fla. - A Florida man is accused of assaulting a woman for not having drug money and crushing her truck with an excavator, the Charlotte County Sheriff's Office said.

Richard Hamilton, 36, was arrested on multiple charges, including criminal mischief and domestic battery by strangulation, according to deputies.

Charlotte County deputies responded to a domestic dispute on September 11 where a woman was physically assaulted. The sheriff's office said Hamilton drove her around to several gas stations in North Port, Port Charlotte and Englewood on September 10, demanding her to find money for drugs.

Hamilton and the victim drove to Kelly Stone Sand and Boulders, where he works, on the afternoon of September 11, Charlotte County deputies said. Hamilton got out of the truck and took the truck's keys, so the victim couldn't leave. 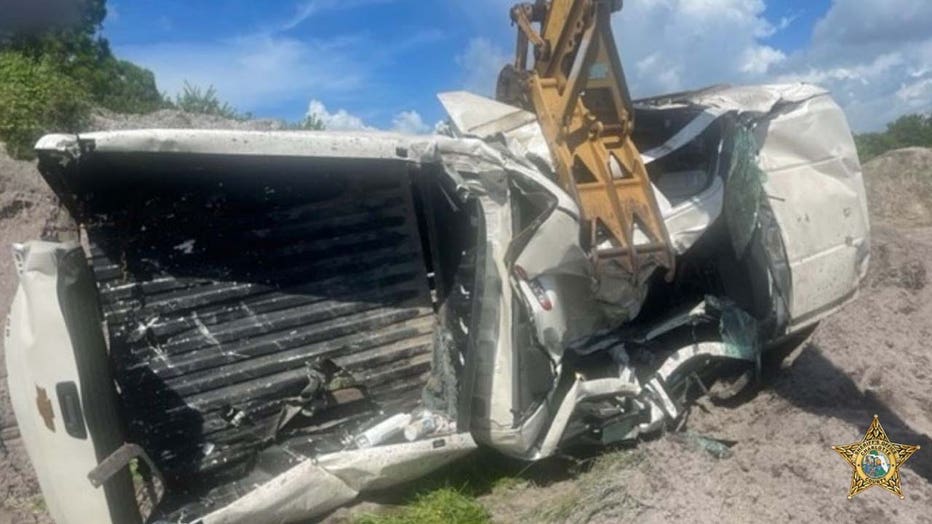 Hamilton is accused of assaulting the victim for not having drug money and crushing her truck with an excavator. Courtesy: Charlotte County Sheriff's Office.

The victim tried calling several people to borrow money, but when she told Hamilton her phone died, he went back to the truck and assaulted the victim, deputies said.

CCSO officials said Hamilton drove off in the victim's truck to a nearby Circle K, taking her phone and purse from her. Investigators said he snatched both items as she tried getting out of the truck.

MORE: Couple hopes to find U-Haul with all their belongings stolen outside Clearwater hotel

Once the victim went back to Kelly's Stone and Sand Boulders, Charlotte County deputies said Hamilton was seen laughing hysterically and smashing the truck with the bucket on an excavator. 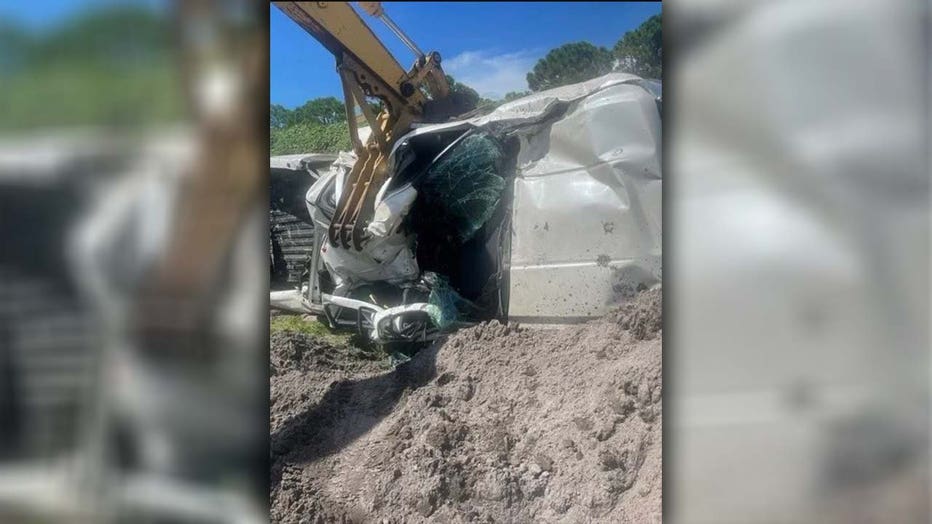 Hamilton was seen laughing hysterically as he smashed the victim's truck with he bucket of an excavator. Courtesy: Charlotte County Sheriff's Office.

Deputies arrested Hamilton at the business and took him to the Charlotte County Jail.