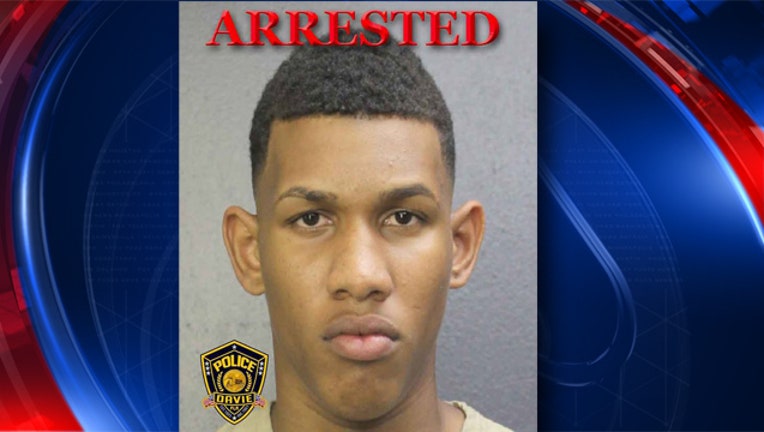 Johansen Concepcion De La Ros shot and killed an 8-month-old puppy from his balcony on Saturday, according to police. (Davie Police Department)

A man was arrested in Florida Saturday after he shot and killed an 8-month-old puppy with a high-powered pellet rifle from a second-floor balcony. The Davie Police Department said in a Facebook post that Johansen Concepcion De La Ros, 19, faces a charge of felony cruelty to animals.

The incident happened around 6:30 p.m., when the owners of the dog, named "Princess," were walking the animal around the Centro Apartments, located about 25 miles north of Miami. Police said Ros, "took a knee, lined up the cross hairs, and took a shot, killing the little dog."

The dog's owner didn't know what had happened when Princess began to bleed from the mouth, and was able to seek help from an off-duty officer from the Pembroke Pines Police Department who happened to be driving in the area at the time and saw the incident. Police posted photos showing in graphic detail the dog after it was shot, with blood on its mouth and on a sidewalk.

When officers went to the apartment where the shot was fired, another man inside identified as Daniel Alvarez told police Concepcion De La Ros had said in Spanish, 'I'm going to shoot the dog," WPLG reported. Read more on FOX NEWS.