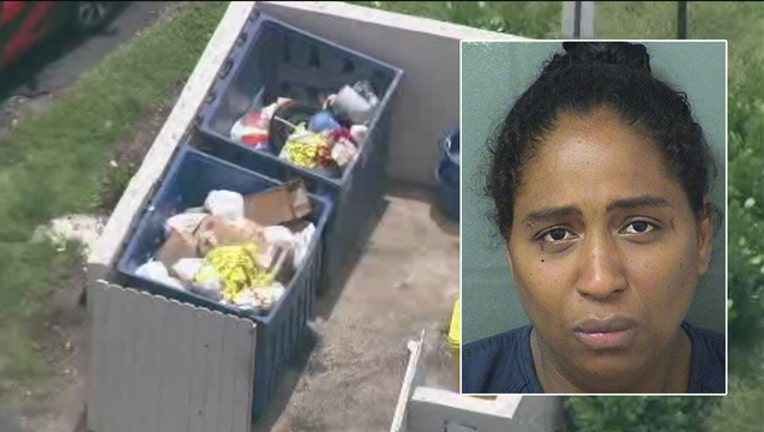 The Palm Beach County Sheriff's Office said they arrested Rafaelle Alessandra Carbalho Sousa, and identified her as the mother's child. She faces an attempted murder charge.

Officials said two people walking in the Boca Entrada apartment complex near Boca Raton Wednesday morning and heard crying coming from a bin. That's where they found the baby. The girl was taken to a hospital for evaluation and is expected to survive.

According to a Facebook post by the Palm Beach County Sheriff's Office, Sousa admitted to delivering the baby, placing her in a bag, and tossing her in the dumpster.

Under Florida law, unwanted newborns can be dropped off anonymously at a hospital or fire station with no questions asked. The child is then placed up for adoption.