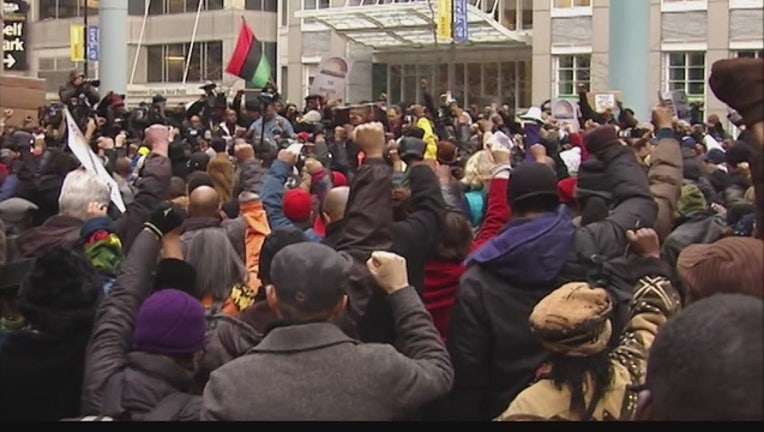 CHICAGO (AP/SUN-TIMES) — Protesters who obstructed Black Friday shoppers on Chicago's famed Michigan Avenue last year are planning to do it again this year.

The groups participating in the protest Thursday want to call attention to what they say is the city's inaction to the fatal police shooting of black teenager Laquan McDonald. Chicago Alliance Against Racist and Political Repression organizer Frank Chapman says the Chicago Teachers Union and Black Lives Matter are among the groups that will be protesting.

The protest is scheduled to start at 10 a.m. Friday at the Water Tower monument at Chicago and Michigan avenues, according to organizers.

“In passing COPA, the City Council and the Mayor have completely ignored the democratic demands of the people of Chicago for an elected Civilian Police Accountability Council,” the Chicago Alliance Against Racist and Political Repression wrote on its Facebook.

Crain's Chicago Business reports that some stores reported a 50 percent loss of sales on Black Friday because of the protests last year.