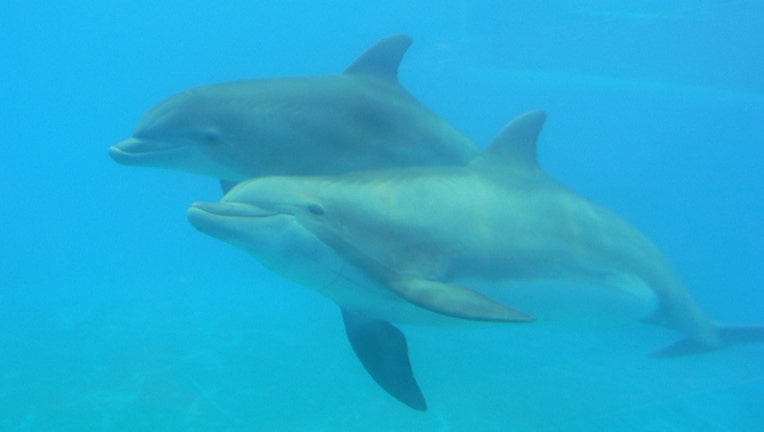 SCOTTSDALE, Ariz. (AP) -- The fourth dolphin death in two years at a Phoenix-area aquatic facility has prompted a company to terminate its contract to loan animals to the facility.

Dolphin Quest also said Saturday its team was heartbroken by Thursday's death of Kai, a 22-year-old dolphin on loan to Dolphinaris Arizona, but that two other Dolphin Quest dolphins there are well.

Dolphinaris officials didn't immediately respond Saturday to requests for comment but said Friday that it hired an external pathologist to determine the cause of death and that it occurred after his condition began deteriorating and he had difficulty swimming, eating and breathing.

Dolphinaris has additional sites in Mexico. Dolphin Quest operates its own locations in Hawaii and Bermuda.

Over 100 protesters on Saturday demonstrated outside Dolphinaris Arizona, calling for its closure.