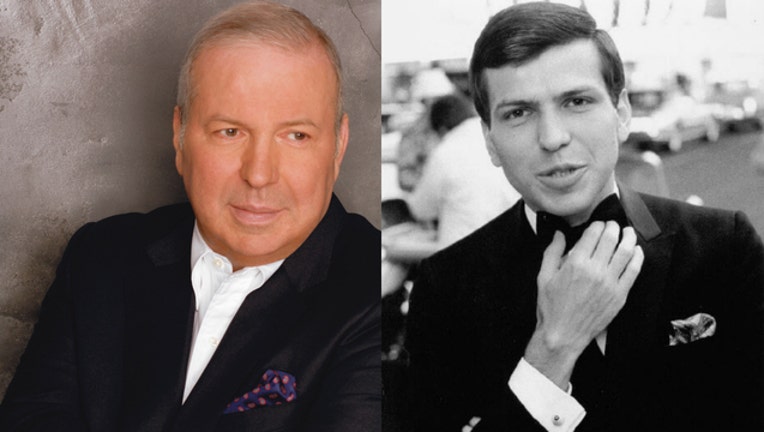 LOS ANGELES (AP) — Frank Sinatra Jr., who carried on his famous father's legacy with his own music career and whose kidnapping as a young man added a bizarre chapter to his father's legendary life, died Wednesday. He was 72.

The younger Sinatra died unexpectedly of cardiac arrest while on tour in Daytona Beach, Florida, the Sinatra family said in a statement to The Associated Press.

The statement said the family mourns the untimely passing of their son, brother, father and uncle. No other details were provided.

Sinatra Jr. was the middle child of Sinatra and Nancy Barbato Sinatra, who was the elder Sinatra's first wife and the mother of all three of his children. Sinatra Jr.'s older sister was Nancy Sinatra, who had a successful musical career of her own, and his younger sister was TV producer Tina Sinatra.

He was born in Jersey City, New Jersey, in 1944, just as his father's career was getting started, and he would watch his dad become one of the most famous singers of all time. But he usually watched from a distance, as Sinatra was constantly away on tours and making movies.

He did, however, sometimes get to see him from the wings of the stage, especially when his father performed for long stints in Las Vegas. Sinatra Jr. got to see many other storied performers too, like Dean Martin, Sammy Davis Jr. and Count Basie.

"I saw all the top stars perform," Sinatra Jr. told the AP in 2002. He said one of his favorite memories of his father was a show in the late 1960s at Caesars Palace in Las Vegas.

"He was sitting on a little stool, and he sang the Beatles song 'Yesterday' and 'By the Time I Get to Phoenix' and 'Didn't We,'" Sinatra Jr. said. "We were all crying and singing."

Sinatra Jr. followed his father into music as a teenager, eventually working for the senior Sinatra as his musical director and conductor.

Sinatra Jr. was able to provide a link to his father's music after his death, performing his songs and arrangements on tours and especially in Las Vegas.

"Since my father's death, a lot of people have made it clear that they're not ready to give up the music," Sinatra Jr. said in the 2002 AP interview. "For me, it's a big, fat gift. I get to sing with a big orchestra and get to sing orchestrations that will never be old."

When Sinatra Jr. was 19 in 1963, three men kidnapped him at gunpoint from a Lake Tahoe hotel. He was returned safely after two days when his family paid $240,000 for his release.

Barry Keenan, a high school friend of Nancy Sinatra, was arrested with the other two suspects, Johnny Irwin and Joe Amsler, and convicted of conspiracy and kidnapping.

Keenan masterminded the kidnapping, prosecutors said. He was sentenced to life plus 75 years in prison, but was declared legally insane at the time of the crime, had his sentence reduced and was paroled in 1968 after serving 4 ½ years.

Sinatra Jr. had nearly two dozen TV and movie credits as an actor, including appearances on "The Love Boat" and "Marcus Welby, M.D." most recently providing his own voice for two episodes of "Family Guy."

Last year he performed the national anthem at Los Angeles Dodgers and New York Yankees games in celebration of the centennial of his father's birth.

He was scheduled to perform Thursday night in St. Petersburg, Florida, in a show featuring his father's songbook. The venue's website mentioned Sinatra Jr.'s death in canceling the show. He had other tour dates booked for May, September and October in the Midwest and East Coast.