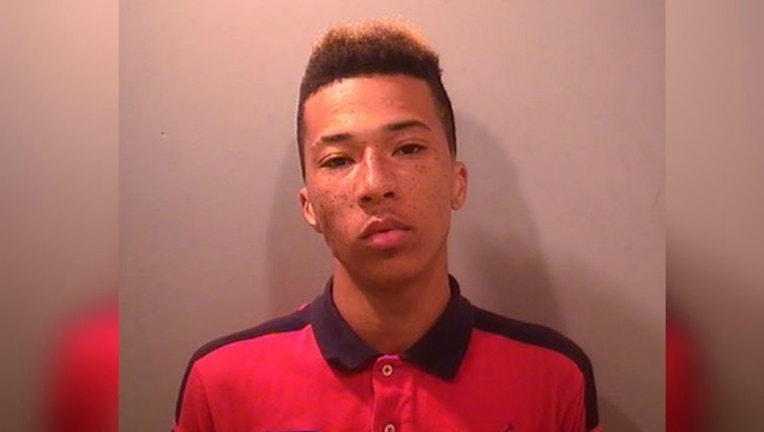 SUN-TIMES MEDIA WIRE -A family outing at Six Flags Great America’s “Fright Fest” took a horrific turn Saturday night when a group of teenagers brutally beat a 12-year-old boy and his parents as they waited in line at the amusement park in north suburban Gurnee, authorities said.

The annual Halloween-themed attraction typically draws “an increased number of knuckleheads who come to stir things up” at the park, but nothing like Saturday’s attack that left a family of three hospitalized, Gurnee Deputy Police Chief of Operations Brian Smith told the Chicago Sun-Times.

“This is rare. This is on a different spectrum,” Smith said. “This family is lucky they got out with just the injuries that they did.”

Nine people have been arrested and charged with the attack. But Smith said it was possible more suspects could have gotten away.

“We don’t have any direct indication that there were additional people involved, but we won’t know that for sure unless we see more footage,” Smith said, urging witnesses to come forward to police with cellphone videos.

The melee started about 8:45 p.m., when a group of young people cut in front of a 50-year-old woman in line with her 51-year-old husband and 12-year-old son in the park’s Southwest Territory, near the Raging Bull and Giant Drop rides, Smith said.

The woman asked the group to stop using foul language in front of her son, and one of the teens “sucker-punched” the boy, Smith said.

The boy’s father stepped in, as did his mother, but the group overpowered them, continuing to kick, punch and stomp them as they went down to the ground, Smith said.

The family was taken to a hospital with “significant” injuries. Smith told the Sun-Times on Wednesday that they have since been released.

Six Flags security had broken up the attack by the time Gurnee Police arrived. Numerous people called 911 to report the fight. Police radio dispatches suggest a chaotic scene as officers tried to contain the fight.

“It’s by the Whack-a-Mole [attraction] now,” an officer says over yells in the background.

“For everybody rolling up to them, they’re pretty mouthy,” another officer cautioned as they followed the group out to the parking lot, where they arrested them. Several witnesses identified the attackers, Smith said.

Gregory Battle, 18, was charged with aggravated battery causing great bodily harm, aggravated battery in a public place and mob action. The Waukegan resident was released after posting 10 percent of a $20,000 bond, according to Lake County Jail records.

Eight north suburban juveniles ranging in age from 15 to 17 were charged with mob action and taken to the Depke Juvenile Complex Center in Vernon Hills. Their names were withheld because they’re minors.

Three of those teens were also hit with aggravated battery charges, Smith said. One was charged with obstruction of justice for giving a police officer a fake name.

“The safety of our guests is always our highest priority and we have zero tolerance for any unlawful behavior,” Tess Claussen, communications manager for Six Flags Great America, said in an email.

“This was an isolated incident and Gurnee police along with our own security personnel responded promptly,” Claussen said.

According to Smith, park security cameras didn’t have a direct view of the attack.

“We know there’s video out there. People had their phones out, but we have not gotten any additional video yet,” Smith said.