Devontay Anderson has been arrested in connection with the fatal April shooting of 7-year-old Jaslyn Adams.

CHICAGO - A man wanted for months in connection with the fatal April shooting of 7-year-old Jaslyn Adams has been arrested by the FBI, federal prosecutors disclosed Tuesday.

Devontay Anderson has been wanted since late April when he was charged with first-degree murder in Cook County Circuit Court, records show. Last month, the FBI announced a $25,000 reward for information leading to his arrest and conviction. 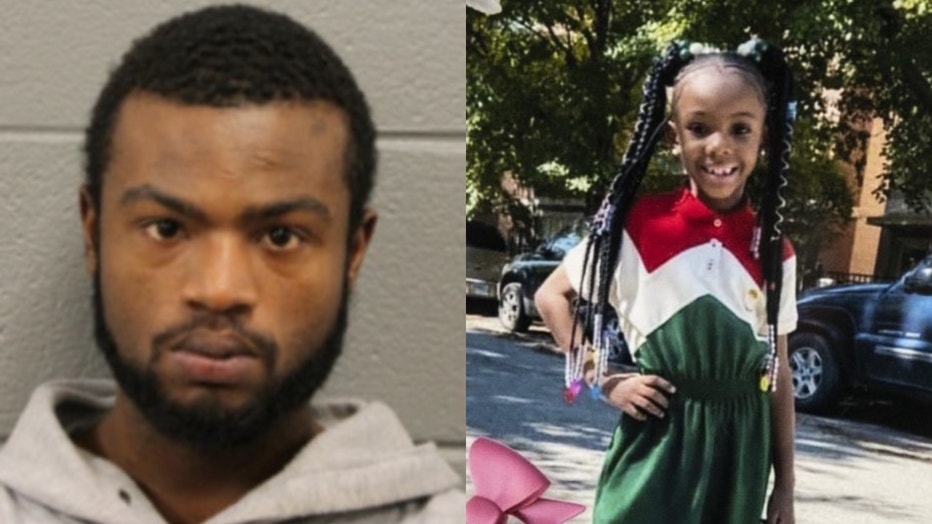 No further details about Anderson’s arrest were contained in the document, which asked a judge to dismiss the federal unlawful flight charge against him. The FBI did not immediately respond to a request for comment. A spokeswoman for Cook County State’s Attorney Kim Foxx told the Sun-Times in an email, "We have no information to provide."

A complaint filed earlier in the federal case described the Chicago police response to the April 18 shooting at a McDonald’s in the 3200 block of West Roosevelt Road. It said officers found a 2003 Infiniti sedan "riddled with bullets in the drive-thru lane of the restaurant."

The complaint described surveillance video viewed by the Chicago Police Department that captured the shooting. It said the Audi contained three occupants when it pulled behind the Infiniti.