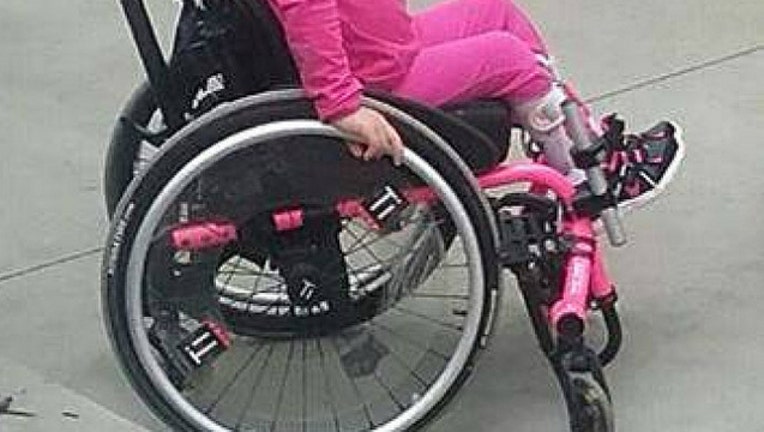 CINCINNATI (AP) - A fundraising campaign is underway to buy a custom wheelchair for a 6-year-old girl with spina bifida after hers was stolen from in front of her family's Cincinnati home.

WXIX-TV reports kindergartner Austyn Bloebaum's wheelchair was stolen Thursday after her mother, Casey Hamilton, went back into their house to make a call because a bus with no wheelchair lift had arrived to take Austyn to school.

Hamilton says she and Austyn waited inside the house to stay warm until another bus arrived. They discovered about a half-hour later that the chair with hot pink wheels had been stolen.

Hamilton says the wheelchair serves as Austyn's legs and allows her to go school and other places.

A GoFundMe account has been established to raise $9,000 to pay for a new chair.