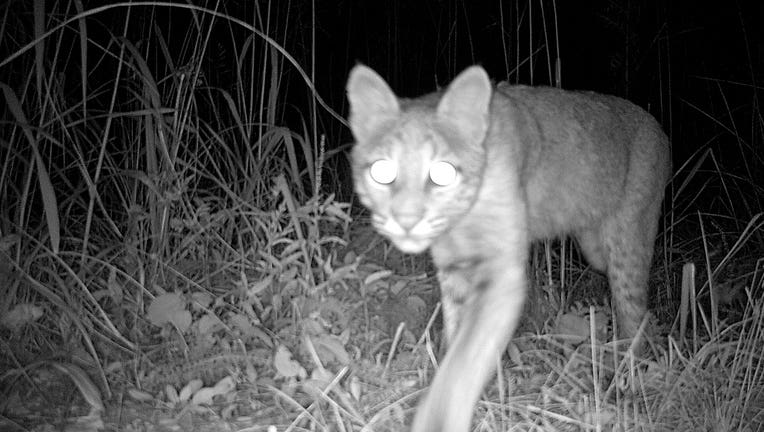 Bobcat photo | Courtesy of Forest Preserve District of Will County

WILL COUNTY, Ill. - The Forest Preserve District of Will County says their game cameras recently captured rare photos of bobcats, possibly a mother and her kittens, walking through a small open area in Kankakee Sands Preserve.

Officials say photos of bobcats in the preserves are very rare and only happens every couple of years.

“The cameras are set up to take a three-photo burst when they detect motion,” said Becky Blankenship, the Forest Preserve’s wildlife biologist. “Then they have a 10-15 second delay before taking another burst if there is still movement in front of the camera.”

Blankenship believes the photos appear to show a mother and at least two kittens. She also says the mother is most likely at least a year old, and the kittens were likely born this spring. 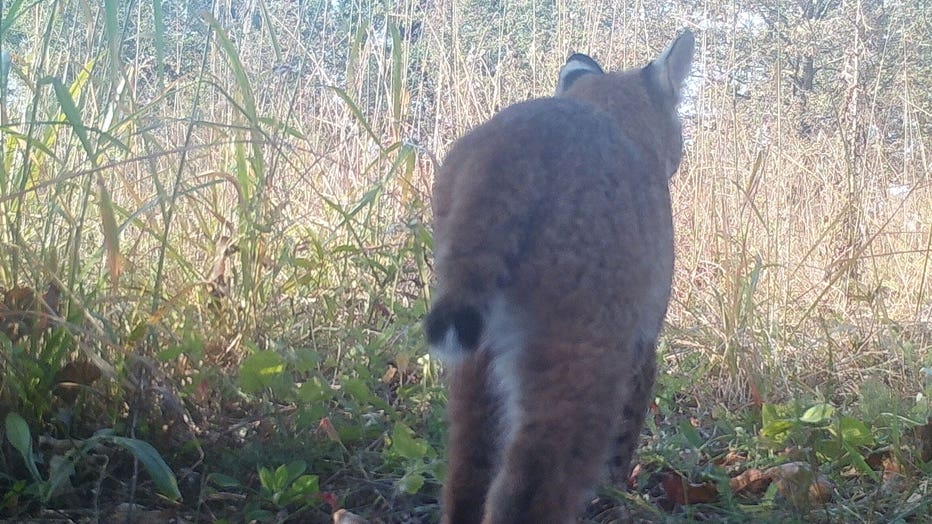 Bobcat photo | Courtesy of Forest Preserve District of Will County

Bobcats are twice the size of a common house cat and are typically only active at twilight or just before sunrise and they are well camouflaged and avoid people.

“I have only seen a wild bobcat once, and the black-and-white photos do not do them justice,” Blanketship said.

According to the Illinois Department of Natural Resources, "habitat changes and overharvesting of bobcats caused populations to decline severely enough to be listed as threatened in Illinois from 1977-1999."

Bobcat populations have responded so well to protection and habitat management that a very restricted hunting and trapping season has been in place since 2016.

The departments estimates that there may be up to 5,000 bobcats in Illinois now, and their numbers are still on the rise.

“The history of the bobcat in Illinois shows us the importance of managing habitat for the species that depend on it,” Blankenship said. “Knowing what species occupy our preserves helps guide our habitat management practices.”