A man and woman were found shot in the head Monday afternoon in Chicago's Gold Coast neighborhood.

CHICAGO — A man traveled from his home in Georgia and fatally shot his estranged wife in her condominium in Streeterville Monday afternoon before turning the gun on himself as officers tried to get inside, according to police reports.

Officers arrived at the building in the 200 block of East Ohio Street around 4:30 p.m. after police in Alpharetta, Ga., requested a well-being check on Raheel Ahmed, 36, the reports state. His family had reported him missing from the Atlanta suburb, where he lived.

An officer from Alpharetta told Chicago police that Ahmed and his wife, 29-year-old Sania Khan, were "going through a divorce," according to the reports. He was depressed and traveled here "to salvage the marriage."

As officers knocked on the door, they heard a single gunshot and "a verbal groan," the reports state.

When they entered, the officers found Khan unresponsive near the door with a gunshot wound to the back of the head and blood on her face that had already dried, a source said. Ahmed was found in a bedroom and was also shot in the head, according to the reports.

He was holding a 9mm Glock handgun, and a suicide note was found nearby, the reports state.

Khan was pronounced dead at the scene, according to Chicago police and the Cook County medical examiner’s office. Ahmed was taken to Northwestern Memorial Hospital, where he also died.

Her death was ruled a homicide, according to the medical examiner’s office. His death was listed as a suicide.

Khan was a photographer and wrote on her professional website that she had moved to Chicago in June of last year after growing up in Chattanooga, Tenn.

"I used to love travel so much that I was a flight attendant," she wrote. "My favorite layover was always Chicago and who would have known 2 years later I would have moved there?" 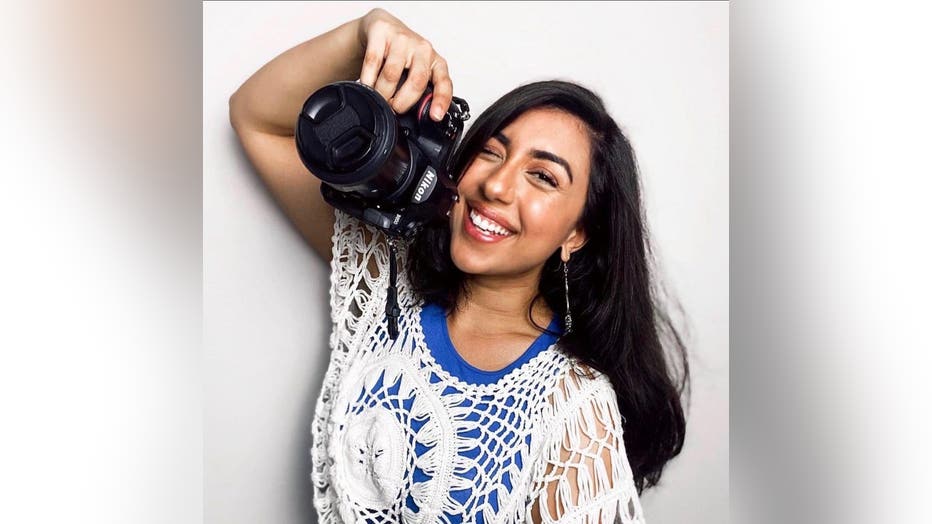 Her work was dedicated to capturing "life’s most precious moments," she wrote, and her website includes shots of weddings and happy couples. "I help people fall in love with themselves and each other in front of the camera!" she wrote in her Instagram biography.

In the wake of her sudden death, Khan’s friends remembered her on social media.

"You were stepping into the next chapter of your life when you left us," one friend wrote on Facebook, "and I hope that wherever you are, this next chapter brings you the happiness and success you were always wanting."

Domestic violence continued to surge in Chicago and across Illinois last year as pandemic-induced isolation and economic uncertainty made it harder for victims to get help, according to a report released earlier this month.

A statewide domestic violence hotline received nearly 30,000 calls in 2021, up 5%, and the number of murders and shootings involving domestic relations in Chicago increased nearly two-thirds from 2020, according to the "Measuring Safety: Gender-based Violence in Illinois" by The Network, a Chicago-based advocacy organization.