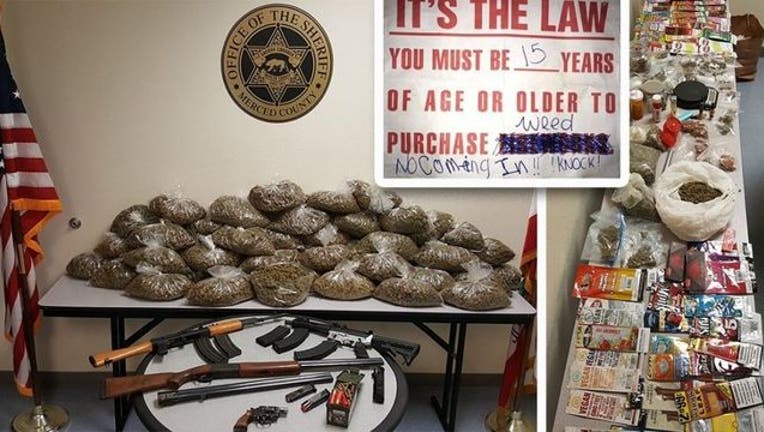 A 15-year-old girl in Delhi, California was placed into protective custody on Friday after deputies found she was running a marijuana business out of her bedroom at a home in Delhi. (Merced County Sheriff's Office)

FOX NEWS - A 15-year-old girl in California was placed into protective custody Friday after deputies discovered she was running what they said was a marijuana business out of her bedroom.

Deputies with the Merced County Sheriff's Office served a search warrant at a home in Delhi on Friday and found a slew of drugs in addition to "loaded AK-47" inside, the department wrote on Facebook.

The teen's mother provided the girl with weed to both use and sell in her bedroom, according to investigators. Deputies say they uncovered "packaged marjuana for sale, marijuana edibles and other items associated with the sales and use of marijuana belonging to the daughter."

Authorities also revealed they found 12 large pot plants, which were "contained in a makeshift green house," in the home's backyard.

Two juveniles in the home, including the 15-year-old, were interviewed and taken into custody by Children Protective Services.