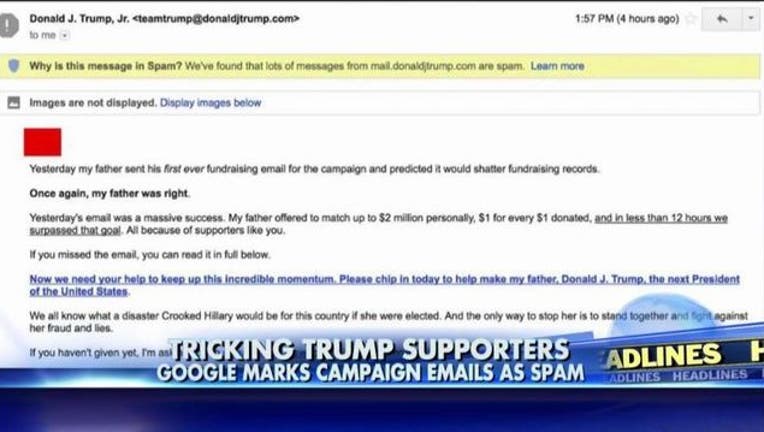 Some Gmail users who support Trump had complained that they had not heard from his campaign in a while, until they checked their spam boxes.

That's where they say they found multiple messages from Trump that had been automatically filtered and hidden.

"I found Emails from both Trump, and his son in Spam," one user wrote to The Gateway Pundit. "As a supporter, subscribed, donated, bought retail from Trump… so certain I am on all lists for contacting. I have received oodles of Email, until this month (June).