The Thompson Center in Chicago's Loop is being sold to the Prime Group for $70 million. Illinois Gov. JB Pritzker made the announcement on Wednesday saying the state could no longer afford the building.

According to a news release from Pritzker's office, after a competitive Request for Proposal (RFP) process to select a purchaser for the JRTC, the State plans to enter into exclusive negotiations with JRTC Holdings, LLC for the purposes of acquiring and redeveloping the site located at 100 West Randolph Street.

Following the evaluation of submitted proposals, the State elected to move forward with a public-private partnership structure, which includes:

• An up-front payment of $70 million to the State for the purchase of the property
• The selected purchaser preserving and substantially renovating the JRTC
• The State purchasing and occupying approximately 425,000 sq ft of newly renovated, Class-A office space at the JRTC
• The State will save approximately $20 million a year for the next 30 years through operating cost reductions and lease consolidations alone.
• The redevelopment of the JRTC is expected to result in thousands of new construction jobs, new tax revenues for Cook County, the City of Chicago, and its sister agencies, while maintaining thousands of jobs and operations with heavy public interactions in the LaSalle Street corridor.

"Today I’m proud to announce that for the first time, we’re taking a massive step forward with a plan that will result in the sale of the Thompson Center and that will save taxpayers $800 million," said Governor JB Pritzker. "I came into office with a promise to manage state government resources more efficiently and to support local governments. By returning vital real estate in downtown Chicago to private ownership, tens of millions in revenue will be generated for Chicago Public Schools and for property taxpayers. This is a new era of responsible governance for Illinois – one that protects our taxpayers, and fosters the jobs and opportunities that working families deserve." 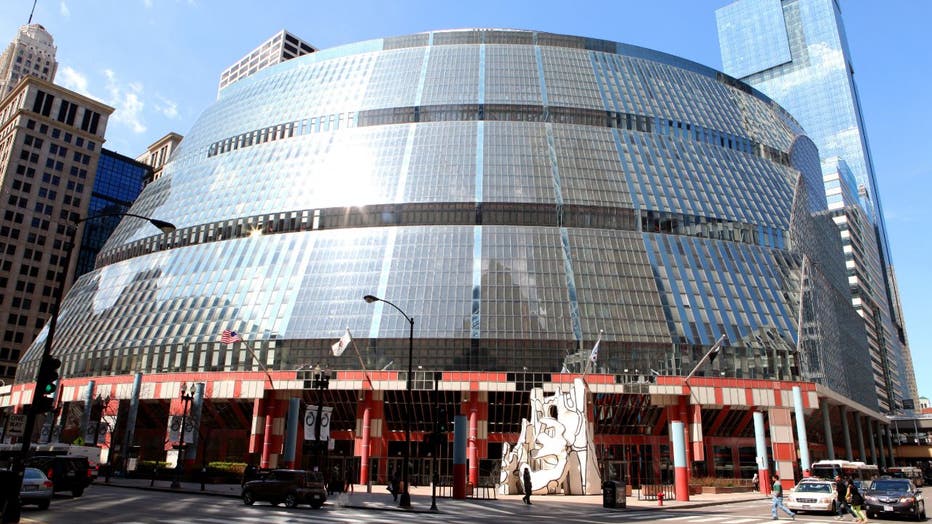 The release states that from the beginning of the Pritzker administration, the Department of Central Management Services (CMS) not only prioritized completing the long-anticipated sale of the JRTC and the timely relocation of State offices and employees, it also focused on the realignment of the State’s real estate portfolio and looked for consolidation opportunities to maximize space utilization in state-owned and leased properties. This effort to identify opportunities for efficiency improvements, space consolidation and the cost avoidance of deferred maintenance repairs will result in over $800 million in taxpayer savings.

"The State can no longer afford to support unsustainable costs for the maintenance and operation of the JRTC or delay its disposition," said Director of CMS Janel L. Forde. "This strategic public-private partnership allows us to retain a smaller presence in the property while partnering with an established development team to transfer significant financial risk and responsibility for the much-needed capital improvements at the JRTC to a third-party."

The release states that CMS has been strategically preparing for the sale by planning practical relocation options for State tenants based on public interactions and operational needs of respective agencies, ensuring that the results of the extensive real estate and financial analyses yield the best value to the taxpayers of Illinois.

According to the release, on May 3, CMS issued the RFP for the Sale of the JRTC, and two proposals were received by the deadline of October 8. CMS evaluated the technical proposals, interviewed the proposers, and requested a Final Offer by Dec. 8. Based on these evaluations, CMS determined that the proposal submitted by JRTC Holdings, LLC provided the best long-term value to the State and its taxpayers.

The release states that due to prolonged deferred maintenance and delayed capital projects, the estimated cost to bring the JRTC into a state of good repair currently exceeds $325 million and is projected to increase to over $525 million, if not addressed by 2026. JRTC is costly to maintain with annual operating expenses of approximately $17 million, largely due to the building’s single-pane glass envelope. Under the proposed transaction the proposer will replace the building envelope and mechanical systems and make the necessary interior repairs to transform the building to a multi-tenant, mixed-use Class A office building.

CMS met with over 50 State agencies that occupy space in downtown Chicago, both at the JRTC and other leased office space, representing over 2,800 employees located in downtown Chicago. The release states that CMS worked to better understand these agencies’ physical space needs, public interactions, operational missions, and geographic location requirements and align their future office space in a manner consistent with CMS’ new space standards, made effective on Sept. 1, and better reflect current national best practices. Through this lens, CMS determined that the State’s real estate footprint in most cases could be reduced by 20-40 percent.

According to the release, in January, CMS acquired 555 West Monroe building for $72.25 million as part of its effort to optimize the State’s real estate portfolio. By April 2022, approximately 1,500 State employees will be relocated to 555 West Monroe.

Prior to the start of the consolidation efforts, the state leased office space in seven properties in the Loop, at an annual cost of approx. $21.3 million in base rent and other maintenance and repair costs, the release states. Through consolidation opportunities the state will terminate six private leases by 2024 and expand partnerships in publicly owned buildings, resulting in additional savings.

The State’s real estate optimization and transformation efforts were recognized in October 2021 by the National Association of State Chief Administrators (NASCA) when CMS received their Innovation in State Government Award as well as being selected as a finalist for the 2021 Real Estate Journal awards for its purchase of 555 W Monroe, the release states.

As a next step, CMS will enter into exclusive negotiation with JRTC Holdings, LLC and commence negotiation and finalization of the Purchase Sales Agreement with an anticipated execution by March 2022, ahead of the legislative deadline outlined in SB 886 (Public Act 100-1184), the release states. The closing on the property is anticipated in the Summer of 2022.

According to the release, the renovation to the JRTC is expected to take two years and will include replacement of the exterior curtain wall with new, energy-efficient glass, expanding the retail to the property line on LaSalle Street, enclosure of the office floors from the atrium, private lobby and dedicated secure entrance for the State offices, replacement or upgrades to the building systems including the heating, ventilation, and air conditioning, and full renovation of the State’s offices on floors two through seven.

A portion of the state workforce will remain in the building and JRTC Holdings, LLC and the State will work together to ensure continuity of State operations and retail during construction, the release states. The proposed renovations will not require any shutdown to Chicago Transit Authority operations. The developer has also committed to a minimum of 26% Minority and 6% Women Business Enterprise contract participation and developing an internship program with the general contractor.