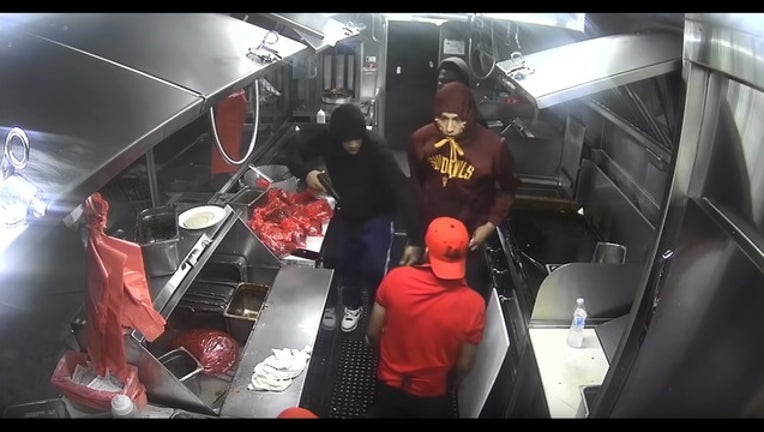 Officers were called about 3:10 a.m. on July 14 to the 1300 block of West Manchester Avenue, according to the Los Angeles Police Department.

"When the officers arrived, they discovered that three suspects had entered the taco truck parked at the location and robbed the workers at gunpoint,'' according to an LAPD statement. ``One of the victims was pistol-whipped during the incident. ''

The suspects forced the workers to the ground, demanded money and unsuccessfully attempted to gain access to a safe, police said.

"The suspects then demanded property, including cellphones and cash, from the workers,'' according to the LAPD, which reported that the suspects, all men believed to be in their 20s, were last seen running from the location.

Anyone with additional information was urged to call Detective Kenneth Williams of the 77th  Street Station Robbery Squad at (323) 786-5422.

After hours or on weekends calls should be directed to (877) LAPD-24- 7. Anonymous tips can be submitted through Crime Stoppers by calling (800) 222-TIPS or at lacrimestoppers.org.