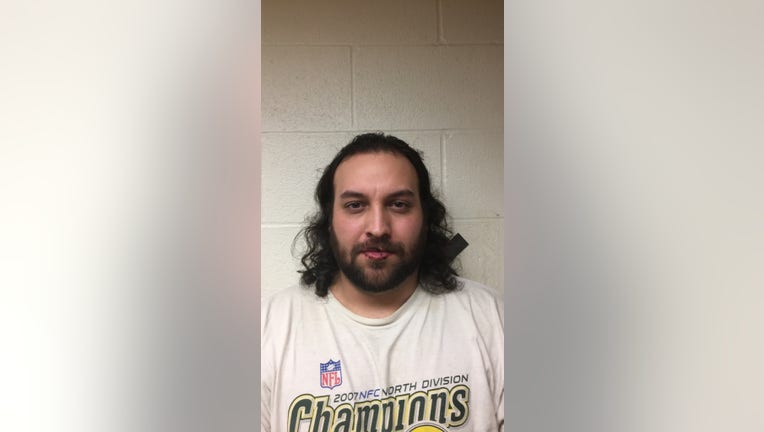 HAMMOND, Ind. - A Hammond man was arrested Saturday after leading officers from multiple police agencies on a chase through four municipalities in northwest Indiana.

Alex Ramirez, 28, was charged with a felony count of resisting law enforcement with a vehicle, as well as several misdemeanors including operating while intoxicated, reckless driving and possession of marijuana, Indiana State Police said.

Ramirez was parked on the right shoulder of eastbound Interstate 80/94 about 4:15 a.m. when an Indiana state trooper pulled up behind him, believing the vehicle to be disabled, police said. When Ramirez noticed the trooper behind him, he allegedly sped off at a high rate of speed, throwing items out of the window as he did so.

Officers from multiple police agencies chased Ramirez through Lake Station, Gary and New Chicago, before losing sight of him in Hobart, police said. Ramirez’s 2001 Jeep Grand Cherokee also struck a tree in Gary, but he was able to continue into New Chicago.

After ending their pursuit, officers went to Ramirez’s home in Hammond and determined he wasn’t home, police said. Shortly after, however, Ramirez emerged from his neighbor’s yard, where he had been hiding, and surrendered to police.

Officers determined that Ramirez was intoxicated, and also found him in possession of marijuana and a suspended driver’s license, police said.

Ramirez was taken into custody without incident, police said. Bond information was not immediately available.