Vice President Kamala Harris spoke about the "progress" made amid a "tough" situation at the U.S.-Mexico border during her first trip to the border in El Paso, Texas, Friday.

Harris said the United States alone cannot tackle deep-seated motives for people to leave Guatemala, Honduras and El Salvador, including corruption, violence and poverty. The governments of Mexico, Japan and South Korea, along with the United Nations, have committed to joining the push, she said without elaborating.

The plan, which avoids deadlines, supports short-term relief for migration pressures like extreme weather while committing sustained attention to long-term motivations for people to leave their countries.

"We will build on what works, and we will pivot away from what does not work," Harris wrote in an introduction to the 20-page plan. "It will not be easy, and progress will not be instantaneous, but we are committed to getting it right.

Harris noted that she recently traveled to Guatemala, "where one of the largest challenges is corruption." On Tuesday, the Biden administration said it suspended cooperation with Guatemala’s Attorney General’s Office after the firing of the agency's top anti-corruption prosecutor, saying it "lost confidence" in the country's willingness to fight corruption.

RELATED: Kamala Harris to Guatemalan migrants weighing trek to US: 'Do not come'

The White House also released a "Collaborative Migration Management Strategy," which President Joe Biden ordered in February to outline how the United States will work with other countries to address migration flows. The 14-page document summarizes earlier announcements and espouses goals that Biden and top aides have outlined before. They include expanding protections and job opportunities in countries where people are leaving, creating more legal pathways to come to the United States and fostering "secure and humane management of borders."

Harris' task, which Biden assumed when he was President Barack Obama's vice president, is enormous in scope and complexity, and the administration has struggled for short- and long-term responses. 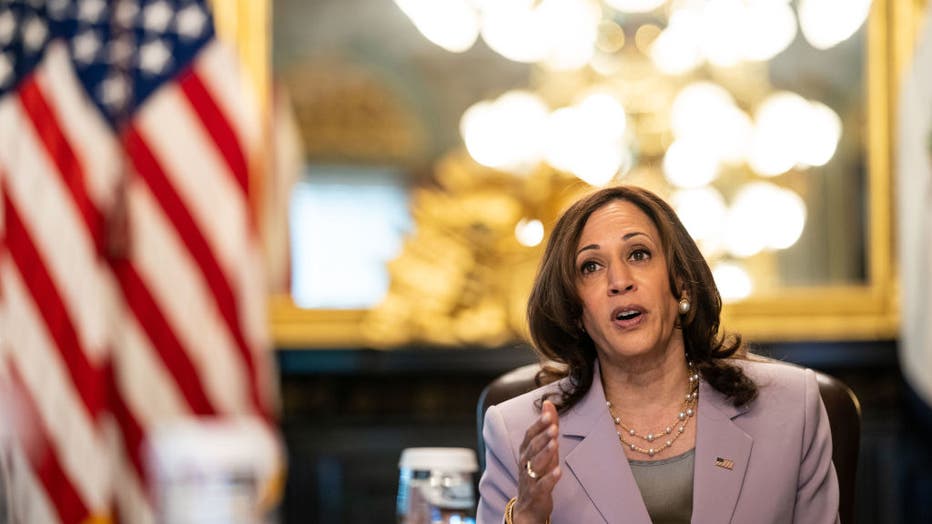 U.S. border authorities reported large numbers of arrivals at the Mexican border in June, with significant increases in people arriving in families and children traveling alone. The trend appears to be continuing in July, when soaring temperatures often deter people from coming.

A group of 509 migrants from Central and South America turned themselves in Monday night in Hidalgo, Texas, hours after another group of 336 migrants was encountered nearby, said Brian Hastings, the Border Patrol sector chief in Rio Grande Valley, the busiest corridor for illegal crossings.

On Monday, the Department of Homeland Security said it resumed fast-track deportations, known as expedited removals, for "certain" families that don't express fear of being returned home. While it never announced a suspension, many families that enter the country illegally have been getting released in the United States with orders to appear in immigration court or report to immigration authorities.