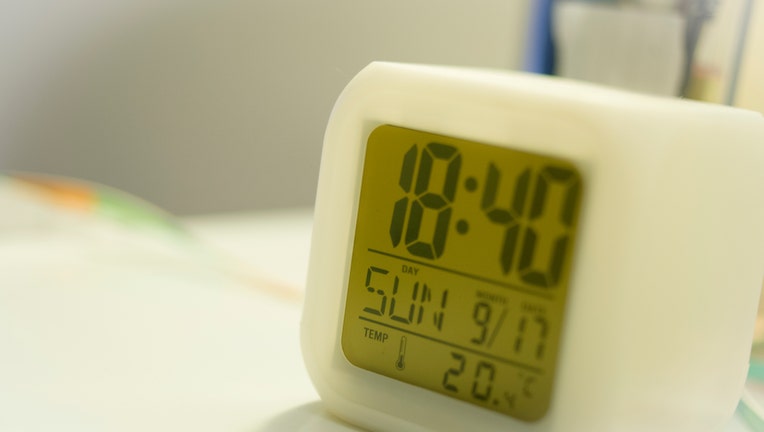 FILE: An alarm clock is seen on 17 September, 2017. ((Photo by Jaap Arriens/NurPhoto via Getty Images))

MELBOURNE, Australia - The type of alarm sound you wake up to could have a significant impact on how you feel during the rest of your day, according to a new study by RMIT University.

Each survey respondent logged the kind of sound they used to wake up, and then rated how groggy and alert they felt in comparison to standardized sleep inertia criteria.

"You would assume that a startling ‘beep beep beep’ alarm would improve alertness, but our data revealed that melodic alarms may be the key element," lead author of the study Stuart McFarlane said in a press release.

The findings, which were published in PLoS One, suggest that harsh alarm sounds upon waking up disrupt the brain whereas melodic sounds like "Good Vibrations" by the Beach Boys provides the brain with a smoother transition into the day.

Morning grogginess – or sleep inertia – can be problematic for professionals like first responders who are expected to be alert on the job shortly after waking up abruptly.

"This is particularly important for people who might work in dangerous situations shortly after waking, like firefighters or pilots, but also for anyone who has to be rapidly alert, such as someone driving to hospital in an emergency," McFarlane said.

Adrian Dyer, co-author of the study, said the research could impact how people use their devices to wake up.

"This study is important, as even NASA astronauts report that sleep inertia affects their performance on the International Space Station," Dyer said.